'Fair use' to protect cloud from copyright claims 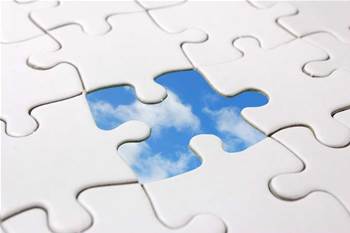 Law Reform Commission to sure up caching, data analytics.

The Australian Law Reform Commission wants to create a fair use exception to copyright laws that could protect cloud services, content caching and data mining from future legal problems.

The proposal is contained in a 385-page discussion paper (pdf) released by the Commission, and largely goes against the wishes of rights holders.

The ALRC is proposing a "broad" and "flexible" exception that "a fair use of copyright material does not infringe copyright", in addition to non-exhaustive lists of factors and "illustrative uses or purposes" that might help determine whether an application or operation qualifies as fair use.

One such "illustrative" purpose put forward by the ALRC is "non-consumptive use" of copyright material, such as when copies are made for the purpose of caching, indexing or data and text mining applications.

It has been canvassing such issues since at least August 2012, flushing out concerns from industry, particularly around the limitations that copyright laws could have on the development of cloud computing.

"The ALRC proposes that the fair use exception proposed ... should be applied when determining whether uses of copyright material for the purposes of caching, indexing or text mining infringes copyright," the Commission stated.

The Commission claimed the fact that "no company has been sued in Australia for caching and indexing" to date meant rights holders had already tacitly agreed that such actions constituted fair use of content.

However, paywalled or "subscription content" should not be cached, it said.

Data analytics and text mining uses of copyrighted content should also fall under fair use.

The Commission noted it would be difficult to carve out specific or "blanket" exceptions permitting caching, indexing and data analytics applications under Australian copyright law.

Specifically, it wants to ensure any rules changes it makes now don't preclude any similar, innovative "non-consumptive" applications down the track.

For example, the Commission said that the "development of cloud computing services will also increase the need for temporary copies to be made".

It suggested a broad fair use exception would be the best way of dealing with such technology-related issues in future.

However, if fair use failed to win industry support, the ALRC proposed an alternative 'fair dealing' exemption that would specifically apply to caching, indexing and data analytics.

One cloud application that might test fair use provisions is time-shifting of content, exemplified by the Optus TV Now service, which briefly enabled users to record and view TV programs on their mobile devices.

However, the ALRC is not as enthusiastic to protect this type of service from legal challenge.

"To say that these uses should at least be considered under the fair use exception is not to say the uses would be fair," the Commission stated.

"But copyright law that is conducive to new and innovative services and technologies should at least allow for the question of fairness to be asked."

"The fair use exception asks the right questions of new business models that use copyright material."

The ALRC is consulting on the fair use proposal and its reach until the end of July. It plans to deliver a final report by the end of November.