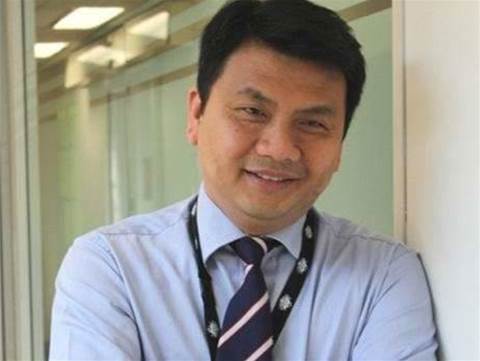 The strategy, to run from 2012 to 2015, covers the department's primary centre in Hume and secondary facility at Tuggeranong, suburbs of the Australian Capital Territory (ACT).

Recently appointed departmental chief information officer Peter Qui told iTnews that in the current financial year, he hoped to reduce the number of physical servers in use across both facilities.

Physical servers account for almost a fifth of the total number of servers — physical and virtual — in the department's IT environment.

Qui wants to bring physical servers as a percentage of total servers in use down from the current 20 percent to below 15 percent this financial year.

He is also targeting reductions in the number of servers running "legacy operating systems", such as Windows Server 2003.

“The focus will be on achieving technical efficiencies such as reducing the number of physical servers, while maintaining or exceeding existing service levels,” he said.

He did, however, foreshadow that some works on the secondary data centre — used for development and disaster recovery — may involve sourcing from the Data Centre as a Service multi-use list.

The recent focus on server virtualisation could also give rise to opportunities to pursue cloud computing.

“As the [virtualisation] technology continues to develop, we may look at other opportunities, whether with whole-of-government clouds or industry clouds,” Qui said.

During the past financial year, FaHCSIA completed an IT refresh program that encompassed file storage, printing capabilities, email, general communication and remote access.

“Right now our biggest priority is the construction of the IT system for the launch of the National Disability Insurance Scheme, which has a go live date of July 2013,” Qui said.

As head of FaHCSIA’s Information Management and Technology Group, Qui supervises some 300 staff across four branches. Each branch manager reports directly to him.

His group supports more than 3100 users within FaHCSIA, working in urban, regional and remote locations across the country, in capital and regional cities and remote communities.

Qui comes into the chief information officer role with 20 years' of public sector IT experience under his belt.

He counts former Department of Human Services CIO John Wadeson and Wadeson's successor, Gary Sterrenberg, among his IT mentors.

Qui spent most of his time in the former Department of Social Security, Centrelink and the current DHS.

He is a strong proponent for teamwork and collaboration in IT environments.

“Sometimes we focus so much on the technology, we forget only through the collaboration of individuals, with a common purpose, that good IT outcomes can be achieved," Qui said.

Read on for FaHCSIA's plans to share fund management and web accessibility tools it developed with other Commonwealth departments and agencies.

FaHCSIA is extending the scope and scale of its online funding management system (FOFMS), which is used to manage funding arrangements with community service providers.

An independent review of its core system design, architecture and infrastructure was undertaken in June this year.

In response to the review’s recommendations, FaHCSIA is investing in a program of platform stabilisation and related enhancements in 2012-13, although Qui did not provide specifics.

However, Qui’s group wants to leverage its FOFMS investment for wider Commonwealth benefit.

In April 2012, DoHA commenced a "proof of concept" exercise to evaluate the suitability of the FOFMS to support DoHA funding programs.

Two months later, FOFMS was rated fit for purpose. Full rollout is scheduled over the next two years.

Federal websites are required to meet web content accessibility guidelines (WCAG 2.0) at the minimum compliance level of Single A by the end of the year.

FaHCSIA's disability portfolio responsibilities have made it a leader in WCAG 2.0 assessment and remediation in government websites.

This work commenced back in 2010, with initial independent assessments of websites conducted.

“Since then our IT professionals have been collaborating with the Department’s communication specialists to review dozens of websites, comprising thousands of pages,” Qui said.

Among FaHCSIA’s quiet achievements is an automated assessment tool developed by the department's IT staff. It calls the W3C validators to scan HTML code for compliance and generates detailed assessment reports.

“This tool has proved so successful that it has been requested by other agencies,” Qui said.

Consideration is being given to providing to other organisations on a “best effort” basis, although it is unlikely to be offered outside the public sector because of the prohibitively large amount of support that would then be required.

The tool validates pages by crawling every link, much in the same way Google crawls the web for indexation purposes.

Prior to the development of the FaHCSIA tool, the W3C website had been used directly for assessment. This meant only one page could be assessed at a time.

With its crawling capability, the tool allows an entire website to be assessed in one operation.

To complement the tool, detailed manual checklists and remediation resources have also been created, and Qui was impressed with the progress made in moving towards WCAG 2.0.