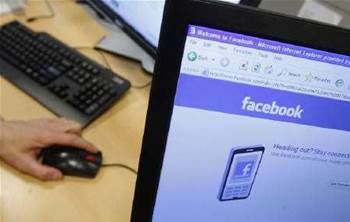 Raises US$1.5 billion with ease.

Facebook is preparing to open its books this year or early in 2012 to give investors a glimpse into the financial workings of the world's largest social network, after it sealed an oversubscribed US$1.5 billion round of financing led by Goldman Sachs.

The financing, US$1 billion of which is from Goldman Sachs' overseas clients and US$500 million from Goldman itself and Russian investment firm Digital Sky Technologies, gives the company a projected value of US$50 billion, setting the stage for what could be one of the largest initial public offerings next year.

Facebook, founded in a Harvard dorm room in 2004, said it would begin to file public financial reports no later than April 30, 2012, in a statement detailing the new investment.

United States securities regulations require companies with more than 499 shareholders to disclose financial information whether they are publicly traded or not. Facebook expects to exceed that number some time this year.

The new funding was organised by investment bank Goldman Sachs, which raised US$1 billion from non-U.S. investors in a fund that Facebook said was oversubscribed.

Initial projections from Goldman Sachs in documents circulated to potential investors earlier this month indicated it was looking to raise up to US$1.5 billion.

Facebook said it made a "business decision" to limit the offering to US$1 billion, without explaining further. It said it had no immediate plans for using the money raised.

The company earned US$355 million in net income in the first nine months of 2010 on revenue of US$1.2 billion, according to a document distributed by Goldman Sachs to potential investors earlier this month, the only source of financial data on the company.

In December, Digital Sky Technologies, Goldman Sachs and some funds managed by Goldman invested US$500 million in Facebook.

Facebook has more than 500 million users and is challenging big Web businesses like Google and Yahoo for users' time online and for advertising dollars.

Investors are increasingly eager to buy shares of Facebook and other fast-growing Internet social networking companies on private exchanges.