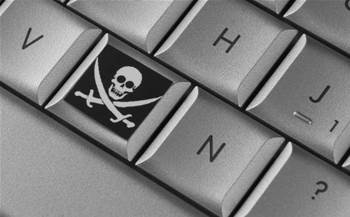 The federal government today unveiled legislation that would extend copyright safe harbour provisions to a range of parties, but has left online platforms including Google and Facebook off the list.

The government has spent the past seven months consulting on a potential expansion of safe harbour laws to cover a broader number of parties outside of just internet service providers.

Copyright safe harbour provisions - which prevent intermediaries from being held accountable for their users' actions - currently only apply to internet service providers, leaving the likes of Google and Facebook in legal uncertainty.

The government had previously indicated that it would include online platforms like Google and Facebook in amended safe harbour legislation, but later cut them out of a legislative amendment proposed in March to give the government more time to consider reforms to the scheme.

Rights holders have long argued against having the safe harbour scheme extended to the likes of Google and Facebook.

"The measures in the bill will ensure these sectors are protected from legal liability where they can demonstrate that they have taken reasonable steps to deal with copyright infringement by users of their online platforms," Fifield said in a statement.

The exclusion of Google and Facebook will be considered a win for rights holders, who say they are forced to engage in expensive battles to have infringing content taken down in regions like the US and Europe where safe harbour provisions exist.

Fifield said the government had chosen to initially extend the safe harbour provision only to those sectors that "provide beneficial services to all Australians and who are working collaboratively with copyright owners to address infringement".

He said the government would undertake further consulation on whether to include online platforms down the track.

"In so doing, the government will be mindful of the need to ensure the rights of creators are properly protected. Australia’s copyright framework ensures that creators can receive a fair return for their work," Fifield said.

"Australia’s copyright industries make a significant contribution to our economic and cultural life, including collectively generating approximately $122.8 billion in economic activity, $6.5 billion in exports and employing more than one million Australians."