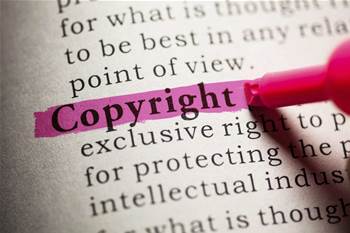 After only a decade of prior talks.

The government will run “consultations” in coming months on a possible expansion of copyright safe harbour provisions to cover a broader range of parties than just telcos and ISPs.

The consultations come after plans to extend Australia’s limited safe harbour to also cover online service providers and internet platforms such as those operated by Google were cut out of a legislative amendment put forward in March.

That followed a campaign waged by rights holders who are against seeing the scheme extended.

Lobbying to extend safe harbour to providers of internet services beyond carriage has been underway for a number of years.

“Because they don't have any protection from liability for user content that infringes copyright, there is the risk that their services could be characterised by a court as inducing or contributing to copyright infringement,” EFF said.

The Australian Digital Alliance (ADA) and the Australian Libraries Copyright Committee (ALCC) raised similar concerns in 2011 that “common activities - transmitting data, caching, hosting and referring users to an online location - where service providers do not control, initiate or direct the users' online activities are currently not covered by the scheme".

“Currently, ADA and ALCC members including universities, libraries, schools, cultural institutions and IT companies provide internet services without the benefit of the same safe harbour as their equivalents overseas,” the pair said.

Communications Minister Mitch Fifield said last month that planned extensions to safe harbour had been withdrawn from a copyright amendment bill “to enable the government to further consider feedback received on this proposal whilst not delaying the passage of other important reforms".

That consideration will now occur over the next few months, with the Department of Communications expected to inform the government of the outcome around June this year.

“Undertaking these additional consultations will provide a further opportunity for matters of concern to be conveyed to the government.

“The government’s intention is to develop safe harbour legislation that encourages the growth of Australia’s digital economy, supports a thriving and vibrant creative sector, while supporting the interests of copyright holders.”