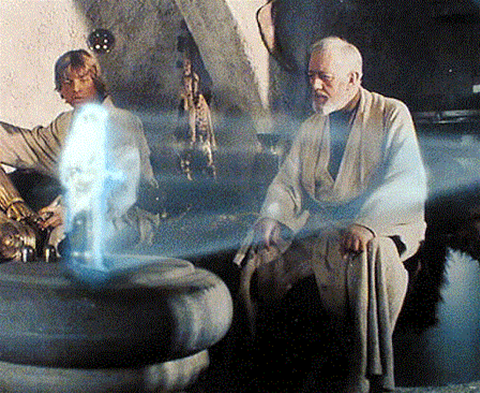 Heydon predicted that within a few years, electronic paper will go from drawing board to a small piece of material anyone could fold and put in their pocket.

He said it shouldn't seem too out of this world to imagine video being embedded in electronic paper much as was imagined in the popular Harry Potter movies.

"We have been talking about connected electronic versions of paper for many years," Heydon said. "The prototypes exist but are just too expensive for the mass market. But I suspect we are only a few years away from the technology being readily available."

He expected a "continued push from consumers toward greener technologies" to bolster the development of electronic paper.

Heydon said Bell Labs are working on projection systems for mobile phones, such that a person could point their mobile at a wall to enjoy a big-screen experience of their entertainment and communications.

The unit will turn any mobile phone into a "set top box in your pocket", Heydon said.

"We still have some challenges to overcome around brightness and background light, but the projectors we have built are already small enough to fit in a phone," he said.

Among the barriers to commercial adoption is whether the Bell Labs team can match the power requirements of such projection technology with the limited battery life of most mobile phones.

Heydon said some Japanese car manufacturers are already considering the inclusion of a miniature mobile base station in vehicles.

Primarily, he said, the base station could be used to provide performance status reports back to the automobile manufacturer's factory.

"There are over 100 computing systems in today's cars," Heydon said. "These base stations could be used to send software upgrades."

The car's mobile base station would also prove of great benefit to the driver - who might be offered a dedicated mobile data communications channel whenever they are within a certain distance to their vehicle.

Heydon said the only barrier is applying the business case.

"Theoretically, consumers are already buying base stations for their homes - those that are investing in femtocells," he said. "Just imagine a femtocell base station in every car that gives you data access whenever you are within 100m of your vehicle. The base station in your car might, like a home femtocell, be only priced at a couple of hundred dollars."

Heydon said that with 4G (Long Term Evolution) technologies being deployed as early as this year and many fixed broadband networks being upgrades to all-IP (Internet Protocol), the result will be a "flatter network" which will make new services cheaper to deliver to the end user.

"Consumers will leverage both fibre and mobile networks seamlessly," he said. "They won't know how or which they are connected to, the applications will just choose the most appropriate network."

A common network infrastructure will allow for multiple business models, he said. "It will be like our roads. One common set of roads carry thousands of business models."

How we get to a common network infrastructure, however, is not an issue of technology but "an issue of politics and competition", he said.