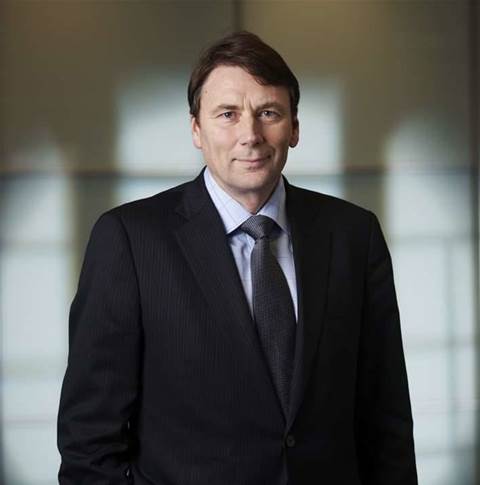 Takes over as chairman of the board.

Former Telstra chief executive officer David Thodey has been appointed chairman of the board for Australia's peak science and research organisation CSIRO.

Thodey announced his retirement from Telstra in February after six years in the role, and was replaced by Telstra's chief financial officer Andy Penn.

He officially resigned on May 1 but stayed on until this month to aid the transition to his successor.

Thodey's time at Telstra was marked by the first and second round negotiations of the national broadband network agreements as well as his focus on improving Telstra's customer relations. He has also been credited with shifting Telstra from a pure-play telco giant into a technology player.

He will join the CSIRO board in November under a five-year tenure.

“Mr Thodey is one of Australia’s most well-known and respected businessmen. He will bring a wealth of industry acumen to Australia’s peak science agency as it plays an increasingly central role in maximising our economic opportunities and industry growth," Science Minister Ian Macfarlane said in a statement.

“We know that capitalising on our nation’s areas of competitive strength and securing the jobs of the future in the fast changing global economy will depend on lifting the rate of collaboration between industry and researchers."

Thodey said improving Australia's global competitiveness will be "essential" for the future of the country.

“I feel privileged and honoured to be asked to contribute to the future of the CSIRO – an outstanding community of researchers and scientists," he said in a statement.

“Consistent with the new CSIRO vision, I hope that the CSIRO can be a catalyst for innovation across key focus industries and the wider community. We must make sure that Australia remains a global leader in the areas of science, research and industry innovation.”

Thodey joins the board during a difficult period at the CSIRO, which is battling through the fallout of budget cuts, proposed changes to work conditions and rights, and a potential merger with NICTA.

CSIRO had its funding slashed by $115 million over four years in the federal government's 2014 budget, which combined with a now-ended two-year public sector hiring freeze meant the organisation was forced to gut its workforce.

It is now working on merging with the digital productivity unit of NICTA - whose funding will end completely from next June - in order to ensure a future for both agencies as a "powerhouse" of Australian innovation capability.

The organisation is also working through disputes with staff over proposed changes to work conditions and rights, including a number of cuts to enterprise agreements.

CSIRO management suggested the changes after being ordered by the federal government to reduce red tape and make productivity savings.

The proposals resulted in CSIRO union staff stopping work across the country in June.