Ex-CBA IT exec charged with fraud in the US 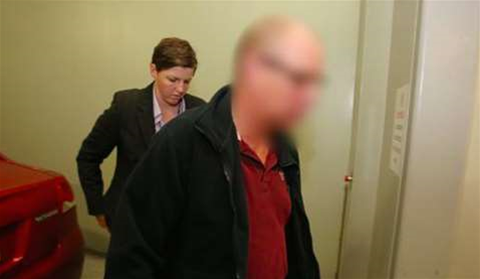 Could face 45 years in jail if found guilty.

The Commonwealth Bank's former head of IT operations Keith Hunter has been charged in his home country of the United States with two counts of fraud after pleading guilty to bribery in Australia.

Hunter will face sentencing in Australia in December for his role in a bribery scandal that saw the executive and colleague Jon Waldron allegedly accept more than $2 million in kickbacks for awarding ServiceMesh a $10.5 million contract with the bank. Waldron has pleaded not guilty.

Hunter had originally protested his innocence but in August changed his plea for two counts of bribery to guilty.

Now the US native has been hit with two new charges of fraud in his home country, after the US Securities and Exchange Commission teamed with the US Attorney's Office in Los Angeles to levy the charges.

Should he be found guilty, Hunter faces as much as 45 years in prison.

The US SEC has also filed civil charges against the former IT executive for securities fraud. Hunter has agreed to settle the civil charges.

"International boundaries do not limit the FBI from working with our foreign and domestic partners to hold accountable individuals who engage in commercial bribery and securities fraud," FBI LA field officer assistant director Deirdre Fike said in a statement.

Hunter is accused of participating in a scheme that saw ServiceMesh's owner CSC "misled" into paying a US$98 million (A$122 million) bonus to ServiceMesh shareholders following CSC's acquisition of the firm in 2013.

Prosecutors allege the $10.5 million CBA contract, which was not taken out to tender, pushed ServiceMesh to reach performance targets that triggered the payout.

CSC is suing ServiceMesh founder Eric Pulier - who is accused alongside Hunter and Waldron of being involved in the scheme, and no longer works for the firm - to return the US$98 million. Pulier has counter-sued. He is alleged to have personally received $US30 million out of the US$98 million.

“Schemes like the one charged today compromise the integrity of our financial system, and this defendant’s fraud caused significant harm to CSC and its shareholders, all for his own personal profit,” United States attorney Eileen M. Decker said in a statement.