The European Commission has put forward a set of regulatory proposals designed to produce a single telecommunications market.

The sweeping reforms are aimed at promoting economic growth and reducing red tape and cost for business and residents in the 28-country political and economic bloc.

Presented by the European Commission president Jose Manuel Barroso, the package contains simplified and reduced regulation, but also new rules to coordinate spectrum allocation across the union, so as to facilitate wireless broadband and 4G network rollouts.

Net neutrality and standardised wholesale packages will also be mandated, along with plain language contracts and comparable provider information for consumers.

As flagged before, mobile roaming rates will be removed in the EU, by 2016 or earlier, the EC said. Furthermore, international phone call premiums for calls within Europe will also disappear. 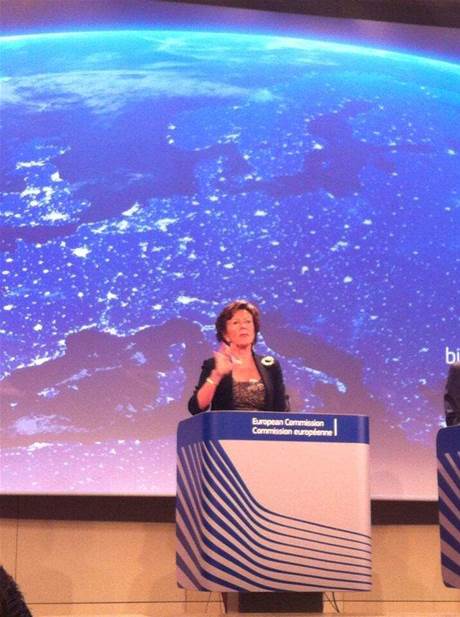 In a speech launching the Connected Continent regulatory package, the vice-president of the European Commission responsible for the Digital Agenda, Neelie Kroes, said the telco sector was laden with huge debt.

This made it hard for the sector to invest to improve what she said were slow, unreliable and insecure networks for most Europeans.

The payback for creating a single telco market is an annual, 0.9 per cent boost to gross domestic product, making the law package the biggest single EU-wide macro-economic booster over the next few years, Kroes claimed.

Failing to implement the package would mean Europe would lose out to competitors Japan, South Korea and the the United States, according to Kroes.

"If you combine Japan, South Korea and the USA, it is the same population as Europe. But they have over eight times more fixed fibre broadband, and almost fifteen times more 4G. And the gap is growing. Europe will lose if we don’t also change," Kroes said.

"Europe’s strategic interest is served by having its own capacity to deliver secure cloud computing services to citizens and businesses.

Europe should not be at the mercy of cloud computing providers outside of Europe. Here is our chance to have a global European cloud player. Therefore we need our high quality networks, which in turn can only be provided by a healthy telecoms sector," Kroes said.

Some limits have been placed on how far the telco market integration will go. There won't be a single telecoms regulator for the union however, nor will there be pan-European spectrum licenses or the so-called Eurotariff termination rates.

Differentiated internet products would not be banned throughout the EU either, the commission said.