Equinix to fit out remaining part of SY4 data centre 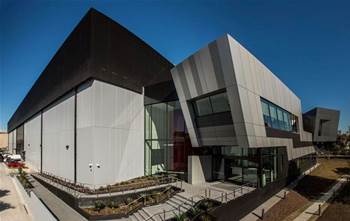 Equinix will invest US$42 million (A$54.7 million) into the phase two expansion of its SY4 data centre in Sydney’s south.

SY4, which is located in the suburb of Alexandria, was announced back in April 2015. The build-out was split into two stages, each with a capacity of 1500 cabinets.

The company officially brought the first 1500 cabinets online in August last year when it opened the facility, at a cost of US$97 million.

Now it has announced plans to deploy the remaining 1500 cabinets in the space, bringing the total capacity up to that which it had initially planned for – 3000 cabinets and around 12,500 square metres of usable floor space.

The operator said demand for cloud services continued to be a driver for expansion.

Equinix – like others in the space – has established itself up as a major point of interconnection between third-party clouds and an enterprise’s own systems.

He said the commitment to fit out the remaining portion of the building would enable more organisations to gain “direct, private access to the leading cloud providers, as well as many specific cloud services” as part of hybrid cloud strategies.

Equinix was ranked as the top operator across all four geographies tracked by Cloudscene, which covers North America, EMEA, Asia and Oceania, the latter of which encompasses Australia.