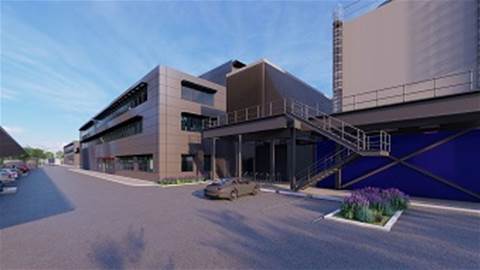 The company revealed the $776 million joint venture on Tuesday, with the two ‘xScale’ facilities – SY9x and SY10x – to be located in the Western Sydney suburb of Rosehill.

Equinix said the data centres will have more than 55 megawatts (MW) of power and serve a targeted group of hyperscale companies, including cloud providers like AWS, Microsoft and Google.

SY9x is the first facility expected to open in the first quarter of next year.

It will join Equinix’s 17 existing International Business Exchange (IBX) data centres across Australia, which will grow to 18 when the company’s PE3 facility in Perth opens later this year.

Under the terms of the agreement, PGIM Real Estate will own an 80 percent equity interest in the joint venture.

Equinix president and CEO Charles Meyers said the new relationship with PGIM Real Estate would “enable the world’s largest hyperscalers to expand within the Equinix ecosystem in Australia”.

“As digital transformation accelerates across all industries, hybrid multi-cloud is becoming the IT architecture of choice for leading businesses,” he said.

“These companies recognise that digital infrastructure is a source of competitive advantage, and they are leveraging 'Platform Equinix' to directly connect and operate close to the largest cloud companies powering this infrastructure.”

PGIM Real Estate CEO Eric Adler said the company was pleased to partner with Equinix and was looking forward to expanding the relationship in other markets.

“This is a highly symbiotic venture between two market-leading firms with complementary business models and global capabilities,” he added.

In July, Equinix Australia revealed plans to pool its electricity needs with the Australian arms of Nike, H&M and HSBC Bank to negotiate a deal on access to renewable power.

The move came after the company was ranked as the country’s third largest “telco, tech and IT” emitter by Greenpeace.

Equinix has committed to becoming “climate-neutral” globally by 2030