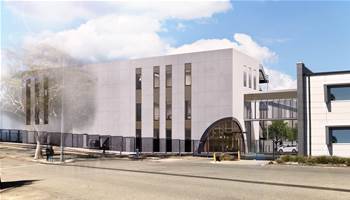 PE3 scheduled to open end of next year.

Equinix will spend $76.6 million on the first phase of a new data centre in Perth, offering an initial capacity of 650 cabinets.

Termed an International Business Exchange (IBX) by Equinix, the PE3 data centre will be located to next to the company's existing PE2 IBX facility, some 22 kilometres from the Perth Airport.

PE3 will be the third data centre in the Western Australian capital, with the new Australia Singapore Cable (ASC) and Indigo cable systems terminating at Equinix's Perth campus.

The new cables in Perth mean the time to transfer data between Singapore and Australia is reduced by half, Equinix claimed.

When PE3 is commissioned, it will be the 18th data centre Equinix operates in Australia.

Update 11/11, 10.30am: This article originally stated that BHP and Zettagrid were "expected" to take space in PE3, citing materials supplied by Equinix. Equinix has since advised that neither company is committed to the new facility.