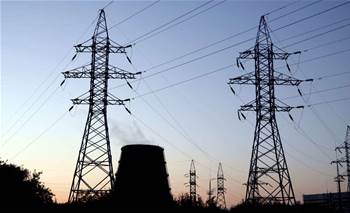 Energy Queensland is on the hunt for a new chief information officer as the state-owned utility provider continues a significant overhaul of its IT and digital functions.

The new position will report to the chief executive, and is responsible for directing the company’s IT functions and digital operations, a unit which is home to around 300 staff.

Energy Queensland (EQL) is looking for someone with experience in leading tech projects valued in excess of $100 million after moving off an “undesirable” and underwhelming commercial arrangement with SPARQ Solutions, the former IT shared services provider to the energy utilities that came under EQL’s banner in 2016.

EQL’s general manager of digital partnerships, Simon Hughes, told iTnews in June that SPARQ only exists as superficially legal entity as the utility provider finalises the transfer of IT assets.

While a large part of that work is already underway or completed, the new CIO will need to sponsor or lead "major Information and Technology investments to deliver contemporary digital solutions that support the changing needs of customers and communities".

An EQL spokesperson told iTnews Bensted left the company in March 2018 after just over a year citing personal reasons.

A subsequent review split the CDO functions into other two executive's portfolios. Another executive position was also removed at the same time, reducing the number of executives from eight to six - a move designed to “provide the correct focus to early successes,” its 2017-18 annual report said.

The spokesperson said the re-establishment of a centralised digital and IT executive function is needed to support its ambitions to becoming a digital company, and that cyber security maturity is a prerequisite for any strategies developed in the new position.

Applications for the position close on Friday 20 December.