Energy Queensland restructures its IT operations 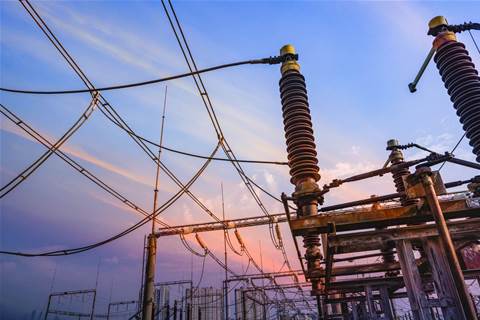 Energy Queensland is revamping its IT operating model and structure, uplifting what it inherited from the old SPARQ Solutions - the former IT shared services provider to state government-owned electricity companies.

The restructure is intended to set new foundations for what is now known internally as digital services.

Until that time, Ergon and Energex had consumed IT services from SPARQ Solutions.

SPARQ’s time is now all but up.

“It only exists as a legal entity superficially and technically at the moment,” EQL’s general manager of digital partnerships Simon Hughes told iTnews.

“It happens to be an on-paper ICT asset owner of a few things, but that asset transfer is happening in the next 12 months or so.

“Most of the contracts have been novated off it into Energy Queensland so it's best to consider it a done and dusted entity.”

Energy Queensland has spent the past several years “undertaking significant organisational and workforce transformation” for all the entities that the state government-owned corporation brought together.

The unit is home to approximately 300 staff, mostly permanent with a small number of contractors and professional services workers.

“We're structured sub-optimally from an organisational chart and functional operating model [perspective] at the moment, so we're undertaking a piece of work to address that,” Hughes said.

“We’re very early on [in that activity] but we have a high-level conceptual operating model that's been endorsed by the executives and our union stakeholders that is enabling us to set up a new GM structure for digital.

“Over the next, say, three months, we will work out the next level of detail in terms of the functional model, and what leadership structures are necessary to underpin that, and what process work needs to happen around that to enable it as well.

“We'll then use the three months that follows to recruit and implement that structure, operating model, etc. with a hopeful go-live of the September 1st.”

Out of the silos

Hughes said that IT service delivery had traditionally been structured around a plan-build-run division of labour.

“There was an ivory tower of planning and an illustrious delivery capability handing over to a subordinate operate/run capability, and these siloes were breeding malcontent amongst the people in them,” Hughes said.

“It was inefficient in the way people were doing handoffs between build and run in particular, and there was a lack of ownership, and some confusion and frustration.”

Energy Queensland’s plan is to “break apart” the plan, build and run silos and to reorganise around a matrix structure that came recommended by Gartner and consultants that the company is working with.

“We’re trying realize some efficiencies in terms of our ways of working, our structure, by moving to more of a matrix-style delivery of services, with product-aligned, service-aligned, and competency-based resource groupings,” Hughes said.

“One axis [of the matrix is] ‘leading people and managing resources’, so [we’re] forming a bunch of competency-based resource groupings or teams for the bulk of our people.

“We’re then putting people in charge of those as product and service owners, and having them delivering both operational and delivery outcomes.”

Though the model shared some similarities with DevOps, Hughes said he was cautious not to specifically label it as such “because it may imply things we don't intend to”.

“But it would give accountability to a platform owner - for example, of spatial systems,” Hughes said.

“They would engage the services of people from our competency-based resource teams to do all that work, including project managers, business analysts, analyst programmers or functional SMEs in different solutions, and even underpinning infrastructure.

“So it would all happen under one banner, with no passing off and handing off to others between plan, build and run.”

The platform owner would have some autonomy in how they went about achieving their end goal.

“Within a given platform, it'll be up to them to do the plan, build and run to actually fit and in many cases, wherever our funding model permits, they'd be able to do that Agile or run that DevOps,” Hughes said.

“We're hopeful we'll be able to derive some greater efficiency there and we'll also have greater transparency of the utilisation of our resources.”

Eventually, the new structure could also lead to changes in how IT works are funded internally.

Agile proponents such as ANZ Banking Group and Australia Post have previously gone down this capacity-based funding model route for IT work, and - at least to some extent - it could also have a place at Energy Queensland.

One of the challenges in funding IT work differently is making it fit within the constraints of an organisation that is taxpayer-funded.

“Certainly we have a strict and controlled capital funding model because we're working with public money, but we're hopeful that we can - within guided boundaries - work towards a funding model that supports Agile,” Hughes said.

Alongside the internal restructure of IT comes discussions about where different IT aspects that are currently distributed in other parts of Energy Queensland should live on an ongoing basis.

“There's obviously still an element of IT that is federated and takes place elsewhere in the Energy Queensland business, and that's appropriate in some cases,” Hughes said.

“In other cases, they are battles we are yet to fight.”

In the case of business intelligence capabilities, it made sense to keep those federated and “in the hands of users” of data.

“It is intentionally federated,” he said.

The rehoming of other IT capabilities is up for discussion.

Hughes noted there is some “cottage industry IT stuff still taking place in the business that we'll address in due course.”

“There's still a bit of IT/OT convergence that has not taken place yet as well, so a lot of the control systems and SCADA stuff still exists out there in the business, and for the time being that's considered appropriate. We'll address that later as well.”

Once digital services is transformed, it will be better placed to assist the wider Energy Queensland organisation with its own digital ambitions.

“Becoming a digital utility is viewed as a key strategic objective of the organisation,” Hughes said.

“We want to achieve greater efficiencies and better cost outcomes for the electricity bill payer of Queensland through utilisation of technology wherever possible to drive efficiency in our organisation.”

He said there were “a series of major investments underway in systems and processes to try to achieve this - most notably an ERP/EAM implementation that touches most of the business.

“We're right in the midst of that as we speak.”