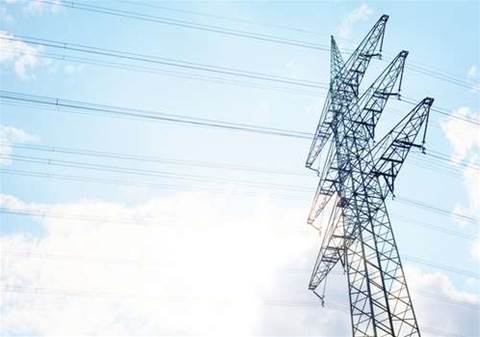 Energy Queensland has shifted its IT service management environment off an “undesirable commercial arrangement” that made configuration changes expensive and left staff underwhelmed.

The state government corporation was formed in mid-2016 and brings together Energex and Ergon Energy, as well as a number of other businesses including SPARQ Solutions, an IT shared services provider to those utilities.

The integration of SPARQ Solutions - and its re-positioning as Energy Queensland’s digital services function - has involved and continues to involve some transformation of its operations.

“We are an ITIL-accredited service provider of IT services to our customer base.

“But in a maturity assessment that we undertook a few years ago, we identified that we weren't where we wanted to be from a maturity point of view.”

While acknowledging that blaming the company’s IT service management tool could be seen as an easy answer to a complex problem, Hughes said the tool - or rather, the way Energy Queensland consumed it - was a key cause of problems.

“We decided to embark on a piece of work to replace our legacy ITSM implement with a modernised contemporary equivalent to drive forward our IT service management maturity,” he said.

SPARQ Solutions had been using BMC’s Remedy product but as part of a managed solution hosted in a multi-tenanted environment.

“We were just one of many [users] in a multi-tenanted environment, and that really limited our ability to modify or configure a lot of processes in the tool itself,” Hughes said.

The managed services provider did allow a subset of functions to be configured per tenant, but imposed high fees for any changes that needed to be made.

“We had an undesirable commercial arrangement where no matter whether it was something we could have done for our own tenancy or not, we had to pay a quite a lot money - when you consider the effort involved - to effect these changes,” Hughes said.

“Things that had we had our own administrative privileges we could have done ourselves, we weren't able to do so because of the strictures of the commercial arrangement we had at the time.

“So it wasn't necessarily a failing of the service offering or the product so much as the commercial arrangement that we had.”

Hughes described the problems that had arisen from the contract structure as a “learning”.

“It was a legacy SPARQ arrangement, and it was something had probably been built up over the course of more than a decade,” Hughes said.

“It was probably [caused by] our own naivety in coming to grips with hosted solutions and multi-tenanted solutions.

“It would have been one of the first offerings of its kind that we had taken up, and so between us and our internal strategic contracts people, probably just an exercise in learning from how these things actually function in practice.”

The contract had slowly become entrenched, particularly due to extension options. Hughes said it was “not always possible to fix the wrongs of the first incarnation. It's probably just got to run its course and we live with it and try to do it better next time.

General manager of digital support and operations Rodney Oram said the arrangement was not dissimilar to anything tried for the first time.

“There's quite a few lessons learned that you get from that, and definitely one of them, particularly for myself, was the non-flexibility of the solution and the necessity to have to pay for every change or whatever that you may need to apply,” Oram said.

“It was just the naivety of thinking that we were probably going to work similar to what we did when we had the solution in-house originally.”

In breaking away from the commercial construct, Energy Queensland wasn’t ready to give up on an as-a-service type hosting model.

“We went to market with some specific conditions around the sort of hosting we were looking for,” Hughes said.

“We were looking for some local hosting that would let us package up the solution as-a-service … and then obviously we had a whole bunch of standard non-functional requirements around IT service management.

“Of the responses we received, BMC were the ones who were able to meet our hosting requirements and secondly, were the most collaborative and helpful in that process, giving us a good glimpse of the kind of relationship we were hoping to have throughout the implementation.”

The result is Energy Queensland staying on BMC’s Remedy for IT service management, but the newer version is hosted out of an Interactive data centre and offered to Energy Queensland on a single tenant, as-a-service basis.

Aside from a better commercial construct and more administrative control over the environment, both Hughes and Oram see improved accuracy around change and release processes as a major benefit, with less failed changes and releases.

Change and release management is the process used to review and authorise changes to IT services, and then to put those changes into production.

“Change and release had always been a problem,” Oram said.

“The main benefit [of this project] for us was probably the simplification of the change and release process, because that was by far the biggest gripe by staff in using either our previous version of Remedy or even when we went back to our older product.

“The benefit we got by going to a more modern tool was we've got something that people can use, it's more flexible, it gives you the right information to help you understand what the change is about, and all that information that we have allows us to actually communicate.

“People are more likely to adopt the process, which means we are picking up most changes. I'm not saying we pick up every single change - we live in the real world, not everyone logs a change at the end of the day -  but I would say since we've implemented it, it's certainly helped us make a significant improvement in logging changes.”

Usability on the rise

“Energy Queensland and SPARQ Solutions before it has always run an annual, very detailed staff engagement survey, and for many, many years, have received quite negative feedback around paperwork and procedures, in particular, in relation to our ITSM processes,” Hughes said.

“We are yet to conduct another engagement survey - in fact it is running at the moment - since the implementation of the [new] toolset.

“But we fully intended that this implementation ... should result in increased staff engagement.

“I'm reasonably confident that it's been in some way addressed by giving people streamlined processes and a modernized toolset with a more intuitive user interface.”

Energy Queensland is using BMC’s Digital Workplace Advanced product as the frontend for Remedy, through which staff interact with the system.

“It's quite a good slick user interface that is far more intuitive for users, a search engine driven kind of feel to the interface that lets users quickly get to the type of product or service that they're looking for,” Hughes said.

“It also has a shopping cart-like capability for procurement.”

“By combining the BMC Discovery tool with our existing discovery tools like Microsoft Discovery and Cisco Discovery, we were able to have a pretty complete picture of our server infrastructure, both physical and virtual, our network topology, and our deployed fleet of desktops and laptops as well,” Hughes said.

Previously, Oram said the company had to manually import discovered assets from different tools into Remedy to get a complete picture of Energy Queensland’s deployed IT assets.