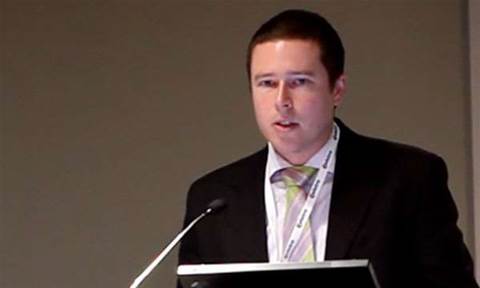 Two of Australia's biggest network providers collaborate on the last mile to the home.

Energy Australia was keen for the emergent $43 billion National Broadband Network Company to step up to become utilities' gateway to households and businesses, its managing director said.

George Maltabarow told delegates to the IQPC Smart Grids Forum that the NSW Government-owned power and gas company was in discussions with NBN Co to merge the "last-mile" interests of the two network providers.

"We both have a common interest in that we're looking to last-mile solutions," Maltabarow said.

"They're looking for last mile for termination from their fibre network and perhaps some entry to the household network; there conceptually are synergies there.

"We're exploring this idea of a gateway to the household and whether NBN can provide a gateway for power utilities, telecommunications companies and other service providers on an open-access basis is something we're exploring with them."

The utility's general manager for intelligent networks, Adrian Clark, believed it justified the case for a national smart meter rollout in Australia.

"I think that there's a real synergy for smart metering and the NBN to get together," Clark said.

"I believe that there's cost savings in providing a smart metering rollout that addresses the NBN requirements. [This strategy also] helps put the smart metering business case beyond doubt into positive territory."

But he was concerned about how receptive NBN Co was to combining forces.

"I am a little bit disappointed [that] the NBN is approaching a lot of us as utilities thinking access provider - we want access to your infrastructure," he said.

"They're not actually thinking about the synergies I've put forward [at parliamentary hearings into smart grid infrastructure]."

Clark believed NBN Co's view was partly driven by the its heavy workload: "We're just one requirement on their radar".

He called on the electricity industry to unite to raise the profile of smart metering with NBN Co.

"It's really having a common focal spear point for us as an industry into the NBN to them aware of our requirements," Clark said.

"That's the process of engagement moving forwardLet's face it - we're the best people to identify our requirements, not the broader industry.

We need to have a consistent voice rather than dealing with all 15 [electricity] distributors."