EMC to pay Dell $3.4bn if it sells to another bidder 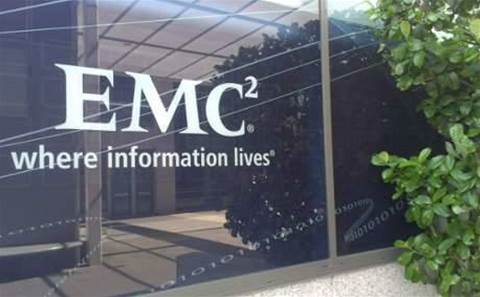 EMC will have to pay Dell up to US$2.5 billion (A$3.44 billion) in termination fees if the data-storage company accepts a "superior proposal".

The company will have to pay about US$2 billion before the expiry of the 60-day 'go-shop' period, during which EMC can solicit other bids, and US$2.5 billion after the expiry on December 12.

EMC said Dell had secured financing of up to US$49.5 billion from banks to fund the roughly US$67 billion deal announced on Monday.

While IBM, Cisco, Oracle and Hewlett-Packard could be potential suitors for EMC, the chances of them challenging Dell with a rival offer are slim, people familiar with the matter told Reuters on Monday.

Dell's offer is structured in a way that will also give EMC shareholders a special stock that tracks the share price in cloud-based virtualisation software maker VMware, which is majority-owned by EMC.

Analysts have said that Dell's plan to create a VMware tracking stock will likely hit the virtualisation software company's price as the size of the float increases.

EMC will also pay an additional US$2.5 billion if it enters into a deal with another company within 12 months of terminating the deal with Dell.

Dell - which has secured financing from banks including Credit Suisse, J.P. Morgan and Barclays - may have to pay EMC a termination fee totalling up to US$6 billion, EMC said in a regulatory filing.