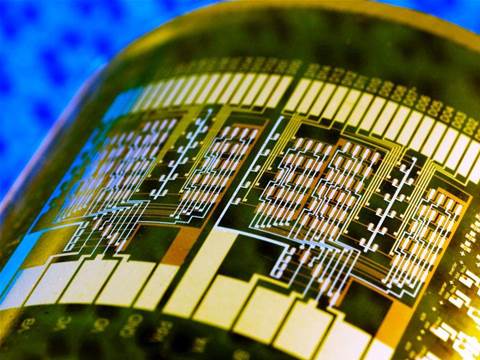 Via has produced a working mini-ITX motherboard with a Nano processor on it.

Despite the Nano processor having been announced five whole months ago, the company has failed to produce any retail products or design wins. Tests performed by other sites show the little processor to be a capable performer.

In fact, the Via Nano would have been a great piece of kit to replace the C7 inside the HP Mini-note series, but according to sources, Via missed its window of opportunity.

Now the company’s embedded division has officially launched its own mini-ITX mobo with a 1.6GHz Nano on it. The board is called the VB8001 and it features the aforementioned processor, two DDR2-533 slots (max. 4GB), integrated Chrome9 HC graphics, a PCIe x16 slot, mini PCI, and a whole bunch of standard features like SATA ports and gigabit Ethernet. As far as we can tell, this is no different from the one presented at Computex where VIA demoed the Nano running Crysis on a 8600GT, again, 5 months ago.

If the Via playbook is put into action, this motherboard will be followed by a series of VBxxx motherboards each one focusing on a special feature (fanless, secure, and so on).

The Via motherboard can be seen in action at the Boston Embedded Systems Conference this week.
Got a news tip for our journalists? Share it with us anonymously here.
theinquirer.net (c) 2010 Incisive Media
Tags:
announced embedded hardware kit nano