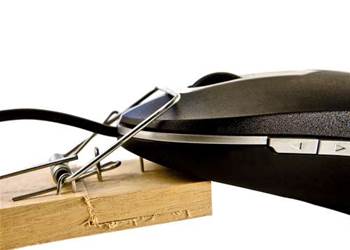 The new feature of this pernicious strain of malware includes support for Windows 10, so cyber-criminals can stay up to date with the developments of their prey as well as the ability to latch on to Microsoft Edge, Window's 10's replacement for the much-maligned internet explorer.

Heimdall also noted that this new version of Dyreza “kills a series of processes linked to endpoint security software, in order to make its infiltration in the system faster and more effective”.

Nearly 100,000 machines have apparently infected by Dyreza worldwide and Dyreza strains have been developed for just about every kind of Windows operating system in recent memory including Windows 7 through 10 as well as Winserver 2003 and Vista.

Occasionally known as Dyre, this particular trojan digs itself right into a users' browser. From there, it directs users to modified versions of otherwise legitimate webpages. If Dyreza is installed on a computer, it might steal online banking details as a user logs into what they think is a normal online banking webpage.

It commonly spreads itself in large swathes of phishing emails in a tactic is known as 'spray and pray'.

But once Dyreza does hits a target, it collects users data and becomes part of a botnet, allowing the attacker to receive the critical information from many users.

With the rise of cybercrime-as-a-service, Dyreza can be administered to the unwitting without any great expertise and for relatively low cost.

The research also notes that this new strain arrives just in time for the holidays, with Christmas, Thanksgiving and more importantly, Black Friday, the US's post-thanksgiving shopping event, just around the corner.

“So financial malware will be set to collect a huge amount of financial data. Users will be busy, prone to multitasking and likely to choose convenience over safety online," the researchers said.

Got a news tip for our journalists? Share it with us anonymously here.
Copyright © SC Magazine, UK edition
Tags:
dyrezamalwaresecuritytrojanwindows 10