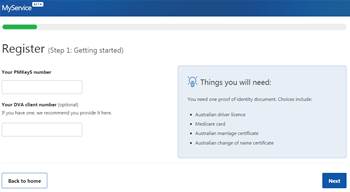 Brings veterans into the digital era.

A cross-disciplinary digital reinvention at the Department of Veterans Affairs (DVA) has slashed the average processing time for rehabilitation claims from 107 days to 30, thanks to a digital form that automatically adapts to changes in governing legislation.

Lodging claims under the Military Rehabilitation and Compensation Act 2004 (MRCA) had previously required veterans to fill out a ponderous 16-page form, which used a series of 36 questions to determine eligibility according to the often-changing criteria laid down within the MRCA.

The complexity of that burdensome process meant claims could take months to process – leaving many clients “confused, overwhelmed and undervalued” according to Kate Pope, first assistant secretary for transformation and engagement.

This 20-week effort was designed to address three key areas: accelerating and simplifying DVA processes to determine liability; use of a human-centred design approach; and delivering a minimum viable product that would improve the client experience.

Senior executives from across DVA, as well as from related agencies including the Department of Human Services and Department of Defence, were engaged throughout the project. These executives were updated in fortnightly project showcases on progress, and an open forum offered a collaborative way of identifying and addressing challenges as they arose.

This led to broad interest from other agencies, with regular requests for walkthroughs and mini-showcases that generated additional feedback and suggestions.

Since go-live, MyService has been a strong success – reducing the former 16-page form down to a 2-screen registration process and a 3 to 5-question online survey. Access to DVA-funded mental health treatment requires two clicks, and many clients no longer need to complete follow-up questionnaires.

The VCR Lighthouse application itself was built on an open-source framework, offering the department’s first multi-device user interface.

A partnership with service provider GovLawTech provided an API-based tool for automatically extracting current legal requirements and metadata related to the MRCA; this information is then used to customise the MyService forms and ensure that all eligibility criteria are current and accurate.

The system was designed from the start using the Digital Transformation Agency’s digital service standard (DSS) and evaluated against its guidelines. Clients were regularly engaged in the process, and the learnings from that process are being used across other projects in the VCR initiative.

"At the start of the project there was a perception that DVA’s conservatism would be a constraint to using the digital service standard," the DTA said.

"Within weeks of demonstrating how user-centred design can inform service delivery the team received overwhelming support from DVA executives. The lesson learnt is that by showing why we are making a change breaks down traditional ‘perceived’ barriers. Generally conservative staff will accept new ways of working if they can see tangible results."

“The project shows how rapidly an organisation can start transforming and resolving problems by establishing a team focused on a problem or service that requires redesign, rather than a team aligned to a strict organisational structure,” Pope said in the DVA's submission to the iTnews Benchmark Awards.

“This was a new way of working for DVA, and working directly with clients has been a new and fantastic development.”