DuluxGroup's IT transformation is aimed at the cloud 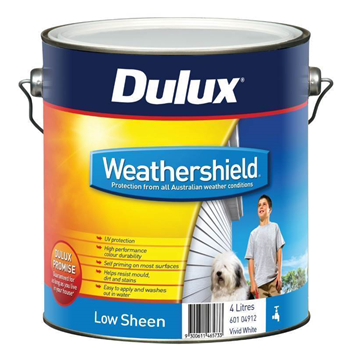 And making it simpler for IT to on-board acquired businesses.

ASX-listed DIY giant DuluxGroup has embarked on a major IT transformation with the end goal of operating 80 percent in the cloud and on a small number of core systems.

The Melbourne-headquartered company – which makes and markets products used “from the front door to the back fence” – revealed the full extent of the project at the SAP SapphireNow and ASUG conference in Florida last month.

DuluxGroup is home to major brands including its paint namesake Dulux as well as Selley’s, Yates and Cabot’s, among others.

Service manager for master data and integrations, Brent Conner, said the group typically acquired at least one business every year.

He said it could take up to 18 months for IT to discover what that new business had from a systems perspective, and then try to integrate that with the group’s systems or migrate them onto group platforms.

“We have gone to some extent to integrate all of those and to move off the old platforms that we’ve acquired during the process, but a lot of them are still bolted on,” Conner said.

“For IT, our challenge when we acquired them was – and still is – how do we move from a technology environment that’s just bolted on, where we do some more customisation to do whatever our internal customers want, and move to a place where we can just literally configure our system by just pulling a couple of levers rather than writing lines and lines of code and getting ourselves caught in this never-ending cycle.”

Given the ongoing need to bring businesses into the DuluxGroup fold, IT didn’t want to be seen as a bottleneck to the realisation of value from those investments.

“We made a very conscious effort a few years ago to de-risk migrations and to start building generic capabilities so that we could easily migrate a new business onto an existing solution or an acquired business onto a new solution,” Conner said.

The standardisation effort is an enormous task that has already been underway for three years. It encompasses everything from enterprise information management (EIM) to the number of underlying systems and applications that DuluxGroup runs.

Conner is blunt about the complexity of DuluxGroup’s environment, the by-product of years of acquisitions that were only partially integrated.

“I was going to put up a full architectural diagram but you’d need a magnifying glass,” he said. “It’s quite scary.”

At a “very high level”, the company runs “about 10 ERPs” consisting of both SAP and non-SAP products.

It also has six different customer relationship management (CRM) systems. Unsurprisingly, the fragmentation means a level of guesswork is involved in trying to work out how many customers the group actually has, and how they interact with its various businesses.

“We have around 330,000 customers. I say around because it’s hard for us to really gauge how many individual customers we really do have,” Conner said.

“We have ‘lots’ of interactions from a CRM perspective, whether it’s a consumer calling up one of our technical help lines or one of our sales reps out in the field talking to one of our retailers and doing some training with them.

“Again, I say lots because it’s hard to quantify.”

In addition, DuluxGroup runs four HR and payroll systems, five enterprise information management (EIM) systems and a host of other software programs used for everything from logistics to manufacturing.

“Our current application landscape has about 250+ applications running, all intertwined, sending data all over the place, plus all of the solutions that can sit on people’s desktops that we don’t know about,” Conner said.

“One of the massive challenges that we’ve had is trying to discover what is actually out there.”

The future-state environment will be much simpler.

DuluxGroup will consolidate its 10 ERP systems into two, both SAP-based.

“Our tier one [ERP] will be S4/HANA and that’ll be for our top tier businesses. We are working towards that,” Conner said.

“Our tier two [ERP] solution is SAP Business ByDesign, which is a cloud solution which we have one business running on at the moment and we continue to roll that out.

“So tomorrow’s environment that we’re working towards is a two-tiered architecture for ERP."

In addition, the group will run one CRM system (rather than six), one HR/payroll system (down from four), two EIM systems (instead of five), and “not so many” other systems outside of that.

“We’ll gradually start to decommission and switch off all of those applications that are running but just add noise,” Conner said.

With that change, DuluxGroup is hoping also to shift where its core applications are hosted.

“At the moment we run an on-premises IT infrastructure,” Conner said.

“The IT infrastructure of tomorrow will have 80 percent in the cloud or hosted by someone other than us.”

Conner’s interest is in the EIM subset and, in particular, how to create a single source of truth from such a complex environment.

The group has historically faced challenges in being able to make sure it was comparing apples and not “apples and oranges” when looking at its data.

“We’ve got legacy environments that are about 20 years old versus some that are only six months old,” Conner said.

“If you talk to someone and ask them what they believe the level of quality is around customer data, they might say it’s 100 percent [accurate], but if you ask the person in the next office, they’ll say it’s really bad, like 20 percent accurate.

“So we had no idea as to where we sat on the maturity scale of data quality.”

The company set about “cleaning up this whole mess” in a bid to better understand what it did and didn’t know about its retail customers and end consumers of its products.

“We set out to implement what we called a governance and integration platform (GIP) with the predominant purpose to consolidate and synchronise the master data around the organisation,” Conner said.

The GIP has been designed to uplift data quality management; business rules, standards and policy management; and reference data management.

The technology that underpins this is all SAP: mostly Information Steward, which is used for metadata management, supported by Fiori apps to enable information capture to properly occur on mobile devices.

The GIP also uses SAP Data Services to bring in data from on-premises sources (given the group’s existing environment is on-premises). In future, the company plans to also use SAP cloud platform integration services.

Under the GIP architecture, data is loaded firstly into a raw data store and then “as we build capability for that data, it moves down the [architectural] food chain”, being cleansed and brought up to a specified level of quality.

One reason it might get stuck in the raw data store is if the metadata associated with an imported dataset isn’t fully documented and its “visibility and traceability” – its provenance - can’t be granularly established.

“If for whatever reason data is coming in, whether from our own environments or an external source and it doesn’t meet the minimum requirements for quality it will not make it into our EIM,” Conner said.

“The EIM is what we see as a relatively high quality storage [location].”

Quality processes are run over the data “in some cases every couple of hours” because errors can be costly.

Conner said the GIP had “challenged the business to think about data quality” on a proactive basis, getting people to own data and fix quality issues as and when they were identified.

He said the GIP architecture was “about 80 percent built”, though he said the company would never reach 100 percent owing to a continuous improvement cycle in place.

“The only piece missing for now is SAP master data governance,” Conner said.

“We don’t have that solution in place at the moment but it’s hopefully very close.”

Once in place, data quality would be “checked at the front” of the GIP, “enforcing business rules and processes” there rather than further into the data management process.

While DuluxGroup has traditionally been a bricks-and-mortar player in retail, the company made the call a year ago to push e-commerce harder, and is underpinning that push with SAP’s Hybris technology.

Digital disruption was an obvious driver, but more than that the group wanted to simplify the process involved in buying its products.

In particular, it did not want customers to have to “go into a store, do some research, go home, think about it, come back and then [see them] pick another product. We want to serve them right there and now".

Data quality was a major consideration in moving into the e-commerce space; the last thing DuluxGroup wanted to do was present consumers with poor quality data about its 80,000 products.

With the data quality piece resolved, brands simply have to create the front-end experience for their e-commerce sites in future.

Ry Crozier attended SAP SapphireNow and ASUG conference in Orlando as a guest of SAP.