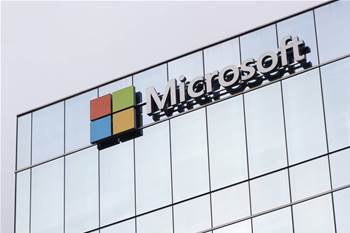 The federal government’s Microsoft volume sourcing arrangement has more than doubled in value, with the total cost of the deal now likely to exceed $300 million over its three-year lifespan.

The agreement with Data#3 - the government’s exclusive Microsoft licence reseller - was renewed last year to aid the adoption of the cloud across the Australian Public Service.

It contained more favourable terms and pricing for agencies to consume Azure and Office 365 following the launch of two Azure public cloud regions in Canberra a year earlier.

The first - and largest - of these is the common cloud commitment (CCC). According to the terms of the arrangement, the CCC covers the most commonly-used Microsoft products like Office and Windows.

But an update to the contract earlier this month has now more than doubled its value, climbing $103.6 million to $200.2 million.

“The increase in value is a cumulative value for the CCC enrolment, so while the contract is for three years, the reported spent is annualised,” the spokesperson said.

That means the value of the third year of the CCC is yet to be added.

Based on the contract's current trajectory, with costs of roughly $100 million a year, the total value of the government-wide VSA is now likely to exceed $300 million over the arrangement’s three year-term, not the $96.2 million first reported (which was only the value for the first year).

If the total cost reaches $300 million, the fourth iteration of the VSA will be the most costly since the coordinated procurement of Microsoft licensing was introduced in 2008.

The previous version, which covered the period July 2013 to June 2016, was worth $281 million, according to iTnews analysis of past VSA contract values.

“The Microsoft volume sourcing arrangement includes the whole of Commonwealth’s expenditure on the CCC enrolment,” the spokesperson added.

“The DTA reports on behalf of all agencies participating in the CCC enrolment.

“As an existing agency increases its CCC subscription or a new agency joins the CCC enrolment, the DTA reports on behalf of the agency.”