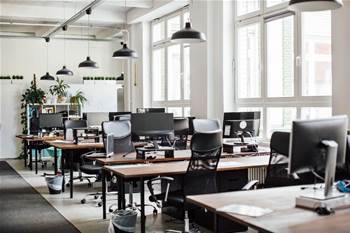 Staff turnover at the Digital Transformation Agency has climbed to its highest level since the exodus of talent that followed the government’s drastic restructure in 2016.

This means around 60 ongoing DTA staff left in a year that culminated in the agency shifting under the control of the newly rebranded Services Australia department as part of a shakeup of government service delivery.

While the figure is still well off the 37 percent turnover experienced following the Digital Transformation Office's metamorphosis into the DTA in 2016-17, it raises questions over the agency's ability to retain staff.

Agencies across the federal government are continuing to face stiff competition for IT and cyber security skills, with many of the best and brightest lost to banks, telcos and other sectors that can offer more attractive remuneration.

As the government's peak IT agency, iTnews understand these pressures are acute at the DTA, though a spokesperson would not comment on the explicit reasons behind the jump in turnover.

Advice provided on the DTA’s website suggests the agency is using a range of techniques to attract and retain staff, including flexible working arrangements, development opportunities and even a wellbeing program.

The agency has also introduced an enterprise agreement for all non-SES employees in the last 12 months to ensure “entitlements and remuneration remain competitive”.

The rise in turnover is also characteristic of an agency that works on short projects with multi-disciplined teams consisting of both employees and seconded staff, as well as contractors.

DTA chief Randall Brugeaud also recently revealed that the agency had shed a number of consultants in preparation for what he described as the “next wave of reform”.

"We’re about 300 people wringing wet. Of that, we have about 200 permanent staff and, until recently, we had about 100 contractors and consultants,” he said at the Gartner IT Symposium/Xpo last month.

"We've kind of been through a bit of a cycle of reduction in contractors as we're preparing for the next wave of reform.”

A DTA spokesperson also declined to comment on the reduction, including how many contractors and consultants had left the agency or whether this had occurred en masse.

Last year, the DTA – through its head of digital capability Lucy Poole – called out the government’s dependency on contractors as one of the key barrier to delivering technology-driven reform.