DTA warns blockchain is still a solution looking for a problem 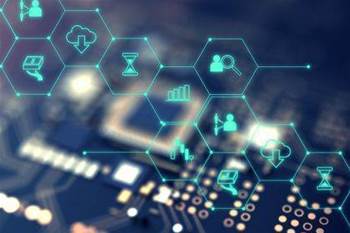 Agencies urged to exercise "pragmatism" and mind the business and technical "gaps".

Agencies should be “pragmatic” when assessing the potential applications of blockchain and distributed ledger technology, a federal government study into the technology has found.

That's the central finding from the Digital Transformation Agency, which has spent the past six months investigating the much-hyped technology after a request from former Prime Minister Malcolm Turnbull.

The agency had already cast doubt on the use of blockchain for government applications, with the agency’s chief digital officer Peter Alexander signalling the DTA’s preliminary conclusions last October.

He said much of the work with agencies including Canberra’s largest service delivery agencies had been working out whether a better technology alternative existed, but stopped short of dismissing the potential of blockchain altogether.

“It would be our position today ... that blockchain would be well worth being observed but without standardisation and a lot of work to come in it, for every use of blockchain you would consider today there’s a better technology alternative,” Alexander said at the time.

But on Tuesday, more than three months on, the DTA further poured cold water over the government’s blockchain ambitions, revealing the results of the $700,000 study.

“Our team found that blockchain is still an emerging technology and, when applied to various pilots or considered against alternative technologies, gaps become evident across both the technical and business facets of its implementation,” it said on Tuesday.

The DTA pointed to blockchain being “only one of a number of data storage and exchange solutions” available, and that other “proven” and “more mature” solutions were available for immediate use.

It also said the append-only nature of blockchain means data, which is not encrypted by default, can only be added and not edited or deleted, making “it impossible to completely erase incorrect data, in the way a database record can be changed or deleted”.

“This may cause significant issues, for example, if sensitive personal details are misrecorded against the wrong person or if the need arises to delete someone’s personal details,” the agency said.

The DTA used the result to recommend that agencies park their blockchain efforts for sheer ambition's sake and focus on exploring solutions that meet the needs of users and the problem they are facing, as per the Digital Service Standard.

“The DTA believes blockchain is still an emerging technology and agencies should be pragmatic when assessing its applications,” it said.

But the DTA said that this “should not stop agencies searching for innovative ways to share and use data” and “limitations of blockchain should be carefully weighted against any unique benefits provided”.

“The DTA supports agencies in finding new and innovative responses to challenges and blockchain may be part of future solutions,” it said.

The DTA has authored a tell-all guide for government execs that have had their interest peaked by blockchain.

The findings are largely underpinned by reference research from the United States’ National Institute of Standards and Technology (NIST), which has also found very few cases where blockchain was better suited than alternative technology options.