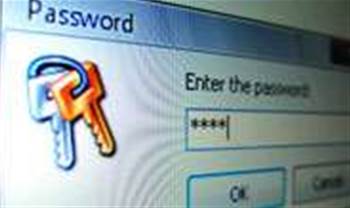 The Department of Parliamentary Services had defended the reliability of its IT network, despite conceding there were five "major incidents" in the past year that caused system downtime.

One of the issues reportedly involved an urgent forced reset of passwords during the height of the Queensland floods that caused log-in issues for parliamentarians working remotely.

"It was considered necessary to react to security concerns we had on the network at the time," he said, without going into details.

"The way it was done – and it was a surprise to me as well – had unintended consequences for people using the network remotely.

"They [users] had to go and find an electorate office and physically plug into the network to make the [password] change.

"That was regrettable because we didn't know it would happen. It made life harder for people than we would have liked".

Kenny said that internal IT advice had suggested the password reset wouldn't result in any adverse effects.

He blamed network complexity for the error and said that a current network improvement project was, in part, designed to address the ageing network.

Kenny said that "at least" six agencies and contractors had input into the make-up of the ICT network used by politicians and their staffers – and therefore could contribute to "disconnects".

He said that all but one of the "four-to-five major incidents" that had caused system downtime in the past year had been triggered by an "external event".

Kenny said that the department was taking a series of undisclosed steps to allow it to better replicate its production environment for test purposes.

"We have actions in place now to make it easier to test [planned changes]," he said.

During Senate Estimates yesterday, Kenny came under considerable pressure from Victorian Liberal Senator Scott Ryan to concede that the DPS network was not up to scratch.

"I think I acknowledged the system is more complex than it needs to be, therefore it's harder to support, test changes and see what will happen in particular circumstances," Kenny said.

When pressed, he added: "We have identified some improvements. By implication [we] see things that can be better."

"[But] if I was sitting in here thinking that reliability [of the network] was a problem in some way then we'd be doing something about it."

Department secretary Alan Thompson said today that the department was involved in a "large project to replace the parliamentary computing network" that connected Canberra, various agencies and remote electorate offices.

"Most of the hardware used is 10 or 11 years old and in computing terms, that's very old," Thompson said.

Requests by iTnews for further information were not responded to by the time of publication.