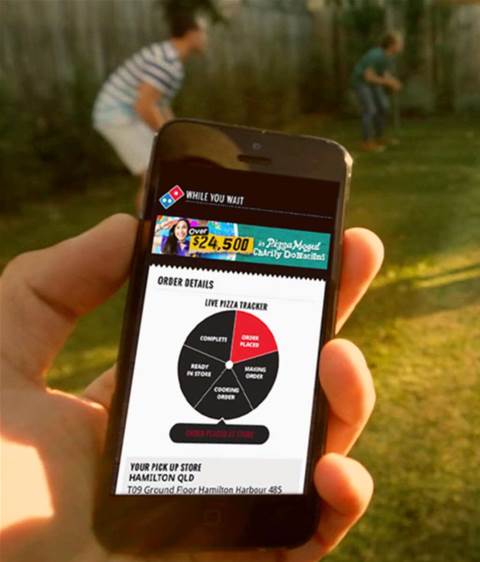 Domino's Pizza has hit a roadblock in its bitter dispute with IT firm Precision Tracking over the intellectual property in its GPS Driver Tracker technology, after the patent office refused to allow the retailer to grill executives from its former partner.

Domino's engaged Precision Tracking in 2012 to help it develop a vehicle tracking system that would allow both the company and its customers to monitor drivers during deliveries.

The pizza chain tested and installed the Precision solution across around 50 of its stores in 2014, but decided not to proceed further after the two years of testing.

Instead, it partnered with Navman on a similar GPS system that formed the basis for its highly successful GPS Driver Tracker solution.

Precision Tracking executives claim the pizza chain reverse engineered their technology with Navman to create a replica of what it was offering. Precision sells its Delivery Command solution to quick service restaurants for driver tracking and store management.

Domino's argues it tested several GPS-based solutions at the time and found Navman's to be significantly superior, and refutes the claim its resulting solution was in any way based on the Precision Tracking technology.

The pair have been engaged in a bitter patent battle since 2014 over the technology. Precision has been awarded one patent for a "vehicular light box and computerised system for monitoring one or more vehicles", while another is currently under dispute by Domino's.

However, in a ruling yesterday, the Australian Patent Office refused Domino's request to summon witnesses from Precision Tracking to a patent hearing to be grilled on their application.

Domino's had asked for Precision executives Alexander Green, Vlad Lasky and Nathan Parrott to front up for examination and for the firm to produce emails and documents confirming the validity of their claims.

But deputy patent commissioner Phil Spann said he had no reason to believe the requested emails and documents would have a substantial impact on the proceedings.

He similarly said Domino's did not have a general right to cross-examine individuals, but would reconsider summonsing witnesses should Domino's prepare a list of specific questions it wanted asked - and should he consider them to be highly significant in detemining a resolution to the dispute.

"[The summonsing of witnesses] is not to be invoked by one party as a general means of exploring the other party’s case and particularly is not to be used in a fishing expedition or a hunt for a ‘smoking gun’," Spann said.

"Usually it will be necessary to identify a real and specific factual issue in dispute, not merely speculation that production or summons might reveal such a matter."

He said Domino's approach was "unusual" in that it appeared to be arguing that Precision's statements should be considered incorrect until documents were produced to substantiate them.

"For example, [Domino's] seeks unspecified documents recording the brainstorming of the inventive concept by Precision before the meeting in November 2012 which it says should exist if Precision’s claims are valid," Spann said.

"Domino’s therefore appears to be making the request on the assumption that the documents do not exist."

The pizza chain now has just 14 days to file any further information to avoid the patent being awarded.

The ruling comes just days after Domino's was awarded costs in its legal fight against a documentary maker who created a short video siding with Precision in the IP disupte.

Domino's had sought - and was granted - a temporary injunction two weeks ago to prevent the footage from being aired, but after viewing the video decided there was no need to keep it from the public view.

However, the supreme court had ordered the film's creator, Phoebe Stuart-Carberry, to produce a copy of the video to the court, which she refused.

Justice Fagan said Stuart-Carberry had acted "extremely naively" by refusing to hand over the film and by "throwing around threats" to the Domino's PR team in an apparent attempt to use the threat of media attention to get Domino's to settle with Precision Tracking.

He ordered her to pay the pizza chain's legal costs and warned her she had narrowly avoided jail for contempt of court.

Domino's blamed the dispute for a 6.2 percent drop in its share price last Friday.

"Precision Tracking is conducting an active public and social media campaign to publicise its dispute," the company told shareholders.

"[Domino's] repeats that the Precision Tracking claims have no substance."