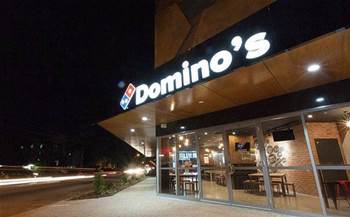 Domino’s Pizza is giving its franchisees new IT systems and tools to track and monitor their operations as it tries to recover from a damaging scandal surrounding the financial viability of its stores.

Operations 360 was described in a statement as a “new set of business intelligence and benchmarks to enhance Domino’s store operations, transparency and profitability for franchisees”.

It would offer franchisees both “detailed information about their business operations, and clearer benchmarks to measure their performance against their peers”.

Meij said the operational focus promised by Operations 360 would “become a way of life” at the company.

In addition to Operations 360, Meij said the company has rolled out Australian-developed Tanda staff rostering software to all its stores in Australia and New Zealand.

An upgrade of the rostering system is already planned to match staff levels to “live tracking of sales to optimise the workforce on-the-go”.

“In 2018, the solution will automatically build rosters based on sales forecasts - a step change for our managers and franchisees,” Domino’s A/NZ CEO Nick Knight said.

The company recently suffered a drop in its share price after being forced to revise its earnings guidance.