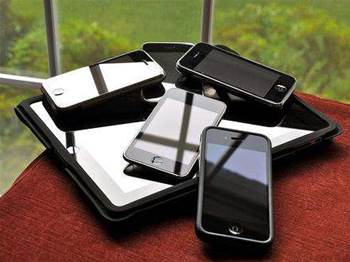 Telstra has warned of a continuing shortage of devices compatible with the planned “digital dividend” spectrum bands of 700 MHz and 2.5 GHz without solidarity from mobile carriers in the Asia Pacific.

The telco has called on carriers in surrounding countries to speak more consistently about the soon-to-be-released spectrum in order to create the demand required for a device manufacturer to build compatible phones, tablets and dongles.

The 700 MHz and 2.5 GHz spectrum bands making up the dividend will be auctioned off at the end of this year, with Telstra, Optus, Vodafone and a potential fourth player set to vye for the “waterfront property” of the spectrum world at a cost of up to $4 billion.

Though the bands are currently proposed to be released in three years’ time, Optus chief executive Paul O’Sullivan this month called for a faster release in areas where analogue TV switchover had already been completed.

But Telstra’s director of network and commercial planning Anthony Goonan told an industry standards conference this week that device and infrastructure vendors are yet to create the equipment compatible with such frequencies.

“Today there is not a device ecosystem for the 700 MHz band that is planned in the Asia Pacific region,” he said.

“This is a point where, to get scale, the industry needs to band together and put pressure on device and infrastructure vendors to create that capability.”

Though regulators in the US and Europe have similarly auctioned frequency bands from their respective digital switchover programs, the 700 MHz and, in some cases 800 MHz, bands in those countries differ significantly from those made available in Australia and surrounding countries.

The difference in frequencies renders the nearly 200 devices currently available that claim compatibility with 700/800 MHz LTE networks as effectively obsolete in their current form.

Goonan warned that failure to provide a significant ecosystem of compatible devices would only reflect poorly on the carriers.

Telstra director of networks and access technologies Mike Wright provided a similar warning last week, calling on regional carriers to band together on the issue.

“As an industry the challenge that we really need to be looking at is how we create an Asia Pacific demand for digital dividend which would then lead to scale, volume and manufacturers wanting to build a device for that handset that supported that frequency,” Wright told iTnews.

Telstra’s decision to move toward an LTE network compatible over the 1800 MHz frequency band was similarly met with criticism earlier last year due to the lack of a device ecosystem.

According to the Global Mobile Suppliers Association, however, the frequency was now compatible with 50 devices, three of which are currently sold by Telstra in Australia.

Device availability in the 1800 MHz frequency and other bands have frequently been cited by Vodafone and Optus executives as the primary cause of delay for their respective LTE networks, which will operate in the same frequency.