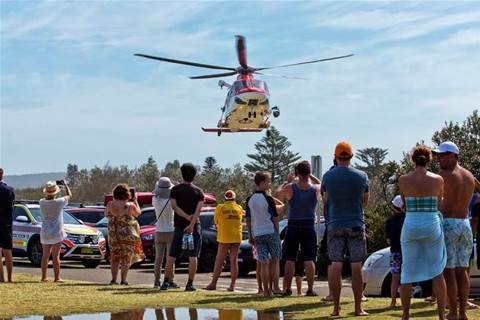 In an incident that has raised questions over the competency and oversight of enterprise telco management between both providers, it has been confirmed the incident only came to light following inquiries by iTnews as to who was responsible for the error.

Callers to some 1300 numbers, including TPG’s, once connected, were greeted with the Triple Zero interactive voice response prompt that asks callers to select the emergency service they require.

The potential consequences for calls bound for busy commercial support lines to be erroneously shunted to emergency service operators are hard to understate, especially in the wake of public education campaigns imploring people to only use Triple Zero for emergencies and the most urgent of matters.

While highly-trained call centre operators usually answer Triple Zero calls, Telstra maintains an interactive voice response and back-up facility that kicks in if lines become overloaded or there is a major disruption.

A key function of the IVR and back-up is that it can route calls through to relevant Emergency Services Operators (ESOs) as a failover if the main Triple Zero call centre is unavailable.

“Telstra has investigated this issue and found that a routing error meant that when some contact centres with 1300 or 1800 numbers were overloaded, the calls were being redirected to the Triple Zero back up/IVR service,” a spokesman for Telstra told iTnews.

“This routing error has now been fixed.”

The Triple Zero failover facility piggybacks the high-capacity 1300 and 1800 numbers as a redundancy feature to allow Telstra to route calls around potential points of failure and bottlenecks. A key reason for the high capacity is that call lines can be flooded in the event of a major incident as potentially thousands of people call Triple Zero at once.

Although last week’s incident did not affect the delivery of Triple Zero services – people receiving the IVR message simply dumped the call in fright – the SNAFU has left the telco red faced and triggered a bout of introspection as to how and avoid a repetition of the dangerous dialling error.

It is understood the problem started snowballing after TPG’s enterprise service support line overloaded after the telco experienced issues with its business internet services in Sydney.

iTnews was given a TPG support number which was dialled by the newsroom and picked up by the Triple Zero IVR.

When iTnews contacted TPG, which does not have a press office, to enquire why this was so the telco generated a support ticket in response to the questions.

After Telstra put its hands up to the error, TPG’s support line advised that “Telstra found an issue with loaded routing data for 000. Further information to be provided as soon as possible.”