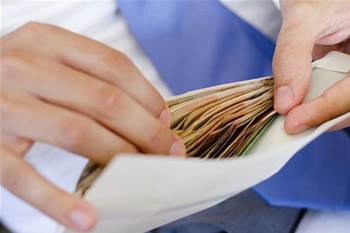 More than 50 workers walked out the door.

The Department of Human Services has suspended upwards of 50 IT contractors without pay as it undertakes an investigation into alleged resume and invoices fraud.

First reported by the Canberra Times this morning, the subcontractors are accused of submitting fake invoices and falsified CVs in order to secure work with the agency.

iTnews can reveal the subcontractors were procured through DHS IT partners Fujitsu and UXC from a secondary, unnamed labour hire company.

The lawyer representing a group of the subcontractors, Chamberlains Law Firm's Rory Markham, argues the workers had no knowledge of the alleged fraudulent action.

"Our clients have gone back to work out what happened and discovered that the CVs DHS had on record were not the ones they had submitted themselves," Markham told iTnews.

The workers are placing the blame for the alleged CV and invoices fraud on the labour hire company. Markham declined to name the business.

The subcontractors were late last week handed letters by DHS stating they had committed a criminal offence and were walked out of the agency's offices.

Markham said the subcontractors were being forced to wait on hold without pay while DHS undertook its investigation. The probe is expected to last two to three weeks.

Interviews with the affected workers as part of the probe have already begun.

The agency warned that it may refer the matter to the Commonwealth Director of Public Prosecutions for potential legal action should its investigation confirm its suspicion of fraudulent behaviour.

In a statement to iTnews DHS confirmed the investigation and said it was being supported by the Australian Federal Police.

It said the probe also involved an APS employee. It did not name the staff member.