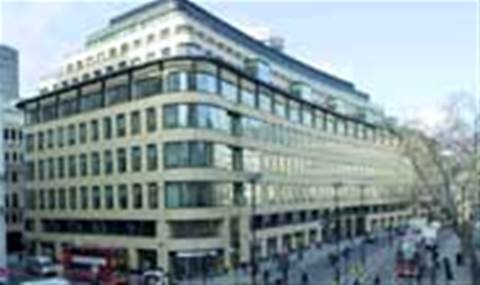 Will sift through records to get closer to customers.

Deutsche Bank has embarked on a major systems upgrade that will help it make greater use of big data to provide a detailed picture of how, when and where customers interact with it.

"We are able to see patterns that we could not see beforehand, allowing us to gain insights we couldn’t gain before," Rangaswami said.

Rangaswami, who was chief scientist at Salesforce from 2010 until 2014, said the data would allow Deutsche to tailor services to customers' needs, identify bottlenecks faster and solve problems more quickly.

"Customers provide many signals directly through their actions: when and how they log in, what products and services are used, the time of day, the location and so on," Rangaswami said.

"Our goal is to get to know customers directly rather than going elsewhere."

The program is a key priority for chief executive John Cryan, who is trying to improve the performance of Germany's biggest bank.

Cryan, who unveiled the overhaul on October 29, said at the time that imposing standards on Deutsche's IT infrastructure was key to improving controls and reducing overheads. He said IT design had previously occurred in silos with the application of little or no common standards.

Deutsche Bank is not alone with its IT troubles.

An annual global survey of more than 200 senior bankers published last week by banking software firm Temenos found that IT modernisation was now top priority, displacing earlier investment objectives such as creating customer-friendly mobile apps. It had only ranked fourth among major priorities in the previous survey.

Royal Bank of Scotland, for example, had a systems failure this year and HSBC had a major payments glitch.

The shift toward technology as a priority shows the extent of the challenge facing banks to modernise infrastructure to analyse internal customer data and try to fend off competition from new financial technology companies.

Banks' focus on big data to target customers with products has caught the attention of regulators in the European Union.

This is partly because of privacy concerns raised by civil liberties campaigners who also say data could be misused to discriminate against certain sections of the population.

He said a problem that a customer perceives and puts in the subject line on a contact form, such as slowness of service, for example, is often not the root cause.

"If you realise that problems always occur at 2.20 pm, the material learning says something at this time of the day is affecting our services – let's look into it," Rangaswami  said.

"Traditional approaches wouldn't necessarily capture that, because they are trying to solve the problem as soon as possible rather than seeing the bigger picture."