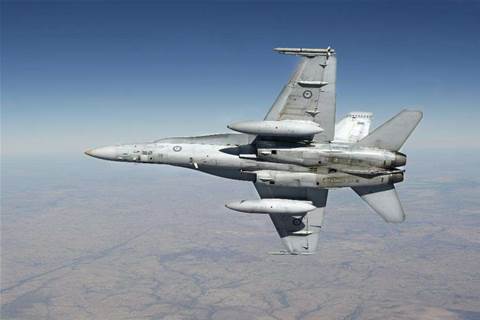 "By recreating real-life situations in a virtual environment, this facility allows air combat operations to be rehearsed and evaluated at a significantly reduced cost and without putting ADF personnel in harm's way," Combet said in a statement.

According to a Defence spokesman, the simulator boots in about 30 seconds and uses a cluster of 4-core Opteron 2218 servers, with nVidia Quadro FX 5600G graphics cards. The avionics and aerodynamics simulations run on a number of 8-core Opteron systems.

All the nodes run Suse Linux. Unlike traditional Linux clusters, which focus on throughput, these systems are tuned for real-time performance - using features of the kernel such as memory locking, real-time scheduling and low-delay communication.

The visuals software was written in OpenGL using commercial and open-source scene graph engines and making "heavy use of OpenGL Shader Language programs" for creating effects such as clouds, smoke and vegetation.

The spokesman said the simulator recreates realistic and accurate aerodynamics and avionics models. The simulation engine is also configurable, which allows the evaluation of "novel systems and concepts", he said.