Defence is building a system to control autonomous fleets 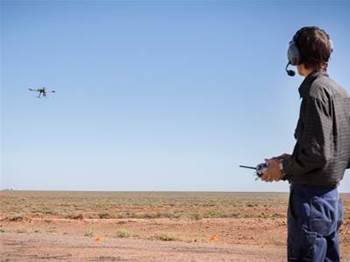 Five Eyes intelligence representatives will converge on the NSW south coast next year to check out a system that can be used to take command and control of autonomous fleets.

The technology demonstration is scheduled to run over a three-week period in November 2018 at Jervis Bay on the NSW south coast, which hosts a sizable Defence base.

It is understood that military subject matter experts from Australian, British and US air forces have already conducted trials of a US-developed “human-machine command and control system”.

However, it appears a more advanced version of the system is set to be demonstrated for Five Eyes members next year.

Five Eyes is a signals intelligence alliance between Australia, Canada, New Zealand, the United Kingdom and the United States.

“The human-machine command and control system ... allows a team oversight control of a large number of unmanned vehicles across multiple environmental domains,” Defence revealed this week.

“A Five Eyes demonstration with increased platform autonomy, autonomous cross-domain (air, sea and land) cueing and tasking is scheduled for 2018 in Jervis Bay.”

The demonstration is being conducted under the auspices of Program Tyche, a multi-year strategic research initiative overseen by the Defence Science and Technology (DST) Group.

The Tyche program first gained DST funding in July 2015, and now has researchers across Australia working on various projects that intersect autonomy, robotics and artificial intelligence.

It is expected to be transitioned into a Defence-led cooperative research centre (CRC) sometime this year.

Defence Minister Christopher Pyne announced last month that the CRC would receive $8 million annually out of the $730 million next generation technologies fund announced earlier this year. However, the government funding has been capped at $50 million over the next seven years.

Pyne did not mention the TAS CRC’s origins in the Tyche program.

Though it has been possible to track some directions that Tyche has led Australian researchers in, Defence this week provided a complete picture of the work and progress to date.

A new report on the program showed that research has been divided into four pillars.

Part of the program is about making sure humans are able to effectively work alongside autonomous machines in “uncertain” environments.

This includes how the machine - and its software - is able to establish “trust” with humans that are in close proximity “to make or recommend life or death decisions”. Other research looks at how the machine copes if it is interrupted.

Further research aims to “establish a credible Australian swarm robotics/capability program” that could be applied in the operation of fixed-wing UAVs, as well as improve the ability of autonomous vehicles to perceive and adjust to changes in terrain or other operating conditions.