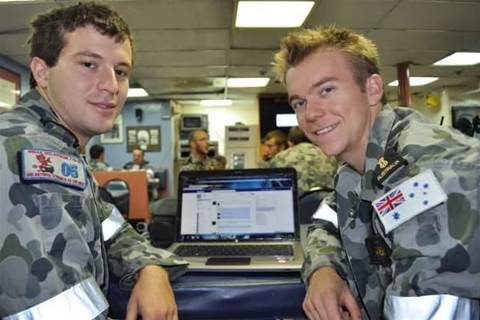 The Department of Defence has postponed a long-awaited tender process intended to make sure it is still getting value for money from outsourcing deals worth hundreds of millions of dollars.

Defence was expected to invite bids for its distributed computing package of works some time in 2014, to replace expiring contracts with a combined total in excess of $500 million.

However it announced this morning that it has too much on its plate at the moment to do the contract testing justice.

“As the projects currently underway require a focused and sustained effort, Defence has decided not to proceed with the planned market testing of the Distributed Computing Bundle,” the department announced in a statement.

“A decision on the longer-term delivery of ICT services through a Distributed Computing Bundle will be made over the next 24 months.”

The decision represents a two-year reprieve for Unisys. The company today confirmed that the two-year extension of existing arrangements will add $52 million to its overall bill.

“Under the contract, Unisys will continue to provide IT support services including network security and infrastructure support, as well as server and desktop support, to all sections within the Australian Department of Defence,” it said.

Unisys has provided what defence terms ‘Regional ICT Services’ since March 2008 under a cluster of ongoing contracts worth a combined $311 million to November 2014, according to AusTender notices.

Today’s announcement brings the total up to $363 million.

Defence is yet to confirm whether or not it will also extend its central IT services outsourcing deal with Fujitsu, which also falls within the proposed distributed computing bundle. It is currently set to expire in June.

Fujitsu won back the contract in 2010, continuing a relationship that had already spanned more than a decade and which sees roughly 450 Fujitsu staff working with the Defence Chief Information Officer Group (CIOG) at any given time. It signed a 12 month extension originally valued at $40 million (now $53 million) in early 2013.

Under its Strategic Reform Program, Defence plans to bundle the bulk of its outsourced IT into three single-vendor contracts.

“Independent reviews including the 2007 Defence Management Review (Proust), 2008 Review of the Australian Government’s use of ICT (Gershon) and the 2008 Audit of the Defence Budget (Pappas/McKinsey) identified the need for the Department of Defence to improve the management of ICT and for deep reforms of business processes to improve efficiency and effectiveness.

“In support of these requirements, the ICT Sourcing Strategy was developed to lay a path to improve the way that Defence ICT services are provided. The strategy recommended the consolidation of Defence ICT infrastructure into three outsourced bundles,” its website explains.

The telecommunications component was won by Telstra in April 2013 for $1.1 billion. The task of managing the department’s freshly consolidated data centre fleet is due to be awarded to either IBM or Lockheed Martin soon, after a busy period of tender evaluation over the Christmas break.