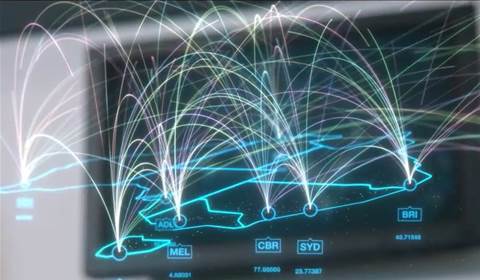 The Defence department has been granted approval to spend an extra $243 million on the late-running $1.2 billion overhaul of the country's air traffic management systems it is undertaking with Airservices Australia.

Defence's initial approved budget for its portion of the OneSKY project was $730.7 million. Defence is providing 43 percent of the project's cost to Airservices' 57 percent.

But last month the national auditor revealed Defence would need to ask the government for a "significant" cost increase to its approved budget before a contract could be signed with supplier Thales.

The agency had underestimated the cost of the initiative, the auditor said, and protacted negotiations with Thales had similarly taken a financial toll on the project.

The Thales contract was signed on Monday of this week, after more than two years of negotiation.

Defence had not responded to a request for detail by iTnews on whether the budget increase had been granted at the time of writing.

However, Defence officials revealed in senate estimates late on Wednesday that the government had approved a $243 million increase to the agency's budget for OneSky.

Agency officials defended the cost increase to the estimates committee, and said much of the two-year delay to the contract signing had been a result of ensuring a strong "contract architecture" was in place.

"We have a very robust understanding of the contract. The definition of what Thales has to deliver is very well described, and we have the contract in place to be able to monitor what Thales does and ensure they deliver on the schedule," Defence rear admiral Tony Dalton said.

He said the contract included a range of incentives intended to keep the project to the allocated budget.

"It's a target price incentive contract, so if it does start to cost more, it will actually then start to cost Thales more," Dalton said.

"So there's an incentive [on all parties] to now deliver the product. And this contract model is better than what we had at the outset of the negotiations. It's one of the reasons the negotiations have been so challenging ... around the contract architecture we need to put in place to best manage that risk."

Defence has already spent $61.7 million on advanced work orders in the project. The money has predominantly gone to nutting out the system's requirements, as well as on the first phase of the platform's voice communication system.

The OneSKY initiative has been in the works since 2010. Defence and Airservices originally wanted a largely commercial off-the-shelf system, but their requirements have forced them onto a significantly customised and integrated platform.

Thales was down-selected as the technology provider for the platform in mid-2015, and a contract was originally scheduled to be signed in October 2015.

But technical complexity as well as Thales' inability to produce an offer that represented value for money, according to the two agencies, set the project back by 28 months.

This has meant Defence and Airservices have pushed back their expectations for full system operating capability from an initial plan of 2017-18 back at the project's inception to October 2025.

The project had been listed as a Defence project of concern, but now has been taken off that list as a result of the contract signing.