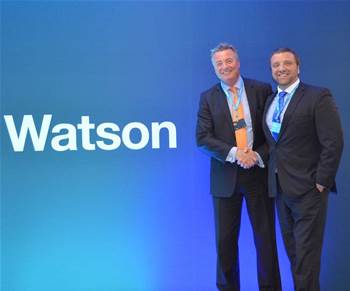 Students at Deakin University will soon be interacting with a very different form of student support officer – a computer, powered by artificial intelligence.

The university has signed a world-first deal with IBM’s Watson division to provide computerised support services from early 2015 that are powered by machine learning, and further to offer cognitive computing as a module within IT degrees offered by the institution.

Deakin University is the second major Australian organisation to embrace the technology after a deal struck between IBM and ANZ Bank in mid-2013, which 12 months on is still not in use. (Read on to page two for ANZ’s update on its use of the technology). 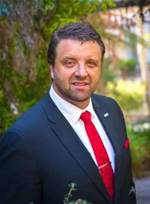 “In years to come the IT landscape will be dominated by smart machines, and through this partnership with IBM, Deakin will be the first educational institution exploring the potential of Cognitive Computing in empowering students in their learning journey,” said William Confalonieri, CIO at Deakin from an IBM event in New York.

IBM’s Watson technology is a software program that can communicate using natural language. Fed sufficient data, it can generate many hypotheses about a problem it is presented with and decide on the most sensible solution – but crucially, is adaptive in that it can receive feedback and adjust its answer the next time the same problem is encountered.

Over the coming months, technicians from Deakin and IBM will feed the system thousands of pages of Deakin's unstructured data contained in documents, presentations, brochures and web sites, in the hope it will become a consistent, one-stop-shop for student information.

The system will be hosted by IBM in the United States and offered to Deakin as a subscription service.

In early 2015, Deakin students will be able to interact with Watson in a limited capacity as an ‘Information Assistant’ – something akin to the experience iPhone users have sampled using Apple’s ‘Siri’ assistant. The system will, at that stage, be able to answer general questions and ‘how to’ questions.

Confalonieri said this might include, for example, answers to questions such as:

During Stage 2, the university hopes the system will have grown into more of a ‘Personal Advisor’ role, offering the context of what the university knows about the student to offer a more personalised conversation.

Confalonieri suggested that questions it might then answer could include:

During Stage 3, the university hopes the system will have advanced enough to offer career advice. Questions might include something like:

Confalonieri said he was reticent to share details of the next stage in the journey, other than to say that it would “push the current limits of Cognitive Computing.”

The Watson-powered information services will be presented to students as a self-service channel to augment existing student administration services, and also as a means to help Deakin’s administrative staff “provide a more complete service.”

In 2015, students majoring in a Bachelor of Information Technology with Major in Mobile and Apps Development will be offered the opportunity to develop apps for Watson, among other platforms.

IBM hopes that the partnership will train up a new generation of developers that create applications for the Watson platform.

The two courses have been co-designed by the Watson Group and academics specialising in artificial intelligence and computer science. IBM staff will also stand-in as tutors and guest lecturers.

By 2016, the university intends are to offer a Cognitive Science Major as part of its Bachelor of Computer Science degree, which will combine computer science and psychology.

Read on for an update on ANZ Bank’s Watson strategy...