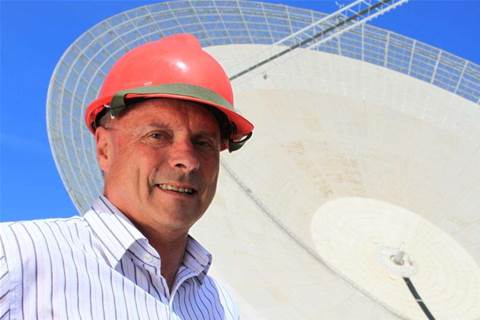 A developer behind wireless technology that has netted the CSIRO $200 million in royalties has won the Prime Minister's prize for science.

John O'Sullivan (pictured) picked up the award last night for his role in developing the local area network technology.

It solved the issue of wireless signals bouncing off walls and other surfaces during transmission by applying radio astronomy techniques that sent information over a number of different frequencies that were recombined at the receiver.

CSIRO patented the technology in the US in 1996. It was written into the 802.11a wireless networking standard and was part of the subsequent standards 802.11g and 802.11n.

It was also in "computers, printers, smart phones and other devices used by hundreds of millions of people every day", Prime Minister Kevin Rudd said.

"Then in 1992, he and his colleagues at CSIRO realised that the same technology was the key to fast reliable wireless networking in the office and home.

"It's one of the most significant achievements in CSIRO's 83-year history and illustrates how blue sky research can have very practical outcomes."

It came less than two weeks after the scientific, commercial and legal teams responsible for the winning out-of-court settlements with 14 of the world's biggest tech firms received the CSIRO's highest honour: the chairman's medal for research achievement.

Dell, Intel, Microsoft, Asus, Fujitsu and HP have all reached agreements with CSIRO to license the technology.

Another CSIRO scientist Amanda Barnard received the 2009 Malcolm McIntosh Prize for Physical Scientist of the Year.

Using supercomputers, Dr Barnard created and tested the interactions of nanoparticles in the hope to predict "which nanoparticles will work most efficiently and which could be dangerous".