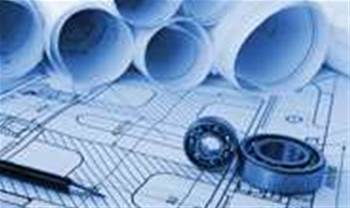 The approach being taken to deliver customer relationship management software is providing a telling indication on how the enterprise application heavyweights are progressing with their service-oriented architecture (SOA) strategies, reports analyst group Gartner.

SOA has become the near-universally accepted method for delivering next-generation enterprise applications, Gartner vice president, John Radcliffe acknowledged. And while SAP, Microsoft and Oracle had all made advances in their CRM offerings, users still faced uncertainty about how to progress.

Enterprise users are desperate for better guidance about how to proceed with SOA implementations, noted Radcliffe, as it should allow them to build more business-responsive IT infrastructures, while also offering a way to upgrade applications incrementally – thus avoiding the cost and expense of large enterprise application deployments. But he noted, the leading vendors still have work to fleshing out their approaches.

In some respects, SAP has offered SOA leadership, but its "route to enterprise SOA is complicated", noted Radcliffe. It's NetWeaver application server provides a solid foundation for SAP's customers to inch towards SOA implementations. But many of its customers operate in risk-adverse industries, such as manufacturing, "that do not rush to take up new technology,” said Radcliffe.

SAP has also expounded a SOA strategy for smaller organisations, based on its on-demand software, Business ByDesign. But it is not yet clear whether these two approaches will result in a single, unified approach to service orientation, he added.

Meanwhile, Microsoft has also based its core CRM offering on software-as-a-service. Its CRM 4.0 has now matured sufficiently to be regarded as an enterprise-grade application, said Radcliffe.

But unlike SAP's Business ByDesign, Microsoft's CRM had yet to demonstrate it could integrate seamlessly with other elements of the application stack to d eliver composite applications. “Microsoft need to do more work with applications at a platform level,” said Radcliffe.

From the Oracle perspective, most of its CRM development was now focused on its Siebel software, said Radcliffe. This gives Oracle an edge, in that Siebel had the most complete CRM product offering in the market.

But the uncertainty over Oracle's SOA strategy – known as Fusion – means its CRM users have been reluctant to accelerate SOA deployments. "A difficultly with Oracle’s Siebel is that a lot of customers want to design a library of services on top of the product that is business proof,” said Radcliffe.
Got a news tip for our journalists? Share it with us anonymously here.
itweek.co.uk @ 2010 Incisive Media
Tags:
cluescrmleadersoffersoasoftwarevital