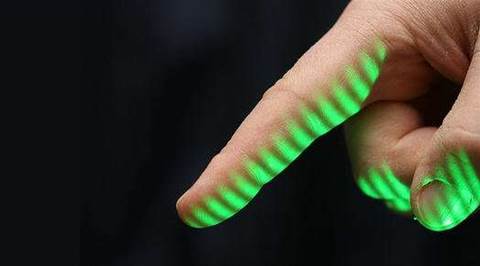 Linked gallery: Photos: Transport ticketing innovations from around the world

Within the next 15 years, Queenslanders could find their humble Go Card transformed into a loyalty card, a way of paying for bikes and taxis, or even phased out altogether in favour of a mobile phone or a simple fingerprint scan before boarding a train.

The Queensland Government’s contract with current Go Card operator Cubic Transportation Systems is coming to an end, and the state’s transport department is scouring the market for new capabilities that have become available since Go Card went live in 2007.

The electronic ticketing system is currently used for over 90 percent of all public transport trips in the south eastern corner of the state where it is deployed.

As part of its Next Generation Ticketing Project, Translink – the unit within Transport and Main Roads which runs the Go Card – is weighing up its options for replacing the existing automated fare collection (AFC) service.

In tender documents released today it explained that the current system is starting to show its age and is struggle with “above forecasted network growth”. Translink wants to seize the opportunity to look for a replacement that is easier to use and cheaper to run.

Translink is more or less certain that it will replace the AFC system underpinning the Go Card within South East Queensland as a minimum.

It is also calling for industry feedback on some far more ambitious upgrades to the existing smart card system.

Translink has suggested that the Go Card of the future could be used to pay for much more than just trains and buses:

“The future system [could] be used to support a range of travel and non-travel related activities including, for example, bicycle hire, taxi payment, loyalty services and other membership based uses.”

-  Request for Information for Next Generation Ticketing Project

And the Go Card itself, which essentially just acts as a validation token allowing secure access to a commuter's account, could be made redundant and replaced by just about any secure form of identification a traveller wants to use, such as an NFC-enabled phone, contactless EMV credit cards, print-at-home barcodes and even biometric options like fingerprint scans or voice recognition.

“Taking these options into account, it is expected that the new environment will both simplify and reduce the dedicated card population and, in turn, reduce the cost of card issuance and management.”

Translink is also looking to expand the smartcard network across the rest of the state, where many regional public transport services are operated by third parties that currently have the liberty to set their own fares.

It has asked potential suppliers to detail what they can offer to accelerate updates to user accounts, re-design turnstiles to get more passengers through, re-use parts of the AFC system to generate real-time service information and any potential travel apps on hand.

Cubic, which was also contracted to build Sydney’s Opal Card system and the London Oyster Card, is currently responsible for the design, build and maintenance of the Go Card system under the existing deal.

However in line with the state’s ‘ICT-as-a-service’ mantra, Translink is also considering new models of partnership such as public-private partnerships and arrangements that could see ownership of the equipment remain with the supplier, who would in turn be paid on a service-delivery basis.