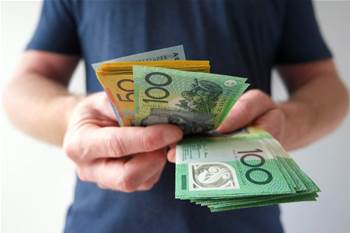 The former federal government has been accused of hiding a $1 billion blowout in its massive consolidation of business registers, with costs now projected to come in at $1.5 billion.

Newly-appointed financial services minister Stephen Jones revealed the significant deviation in the planned cost of the modernising business registers (MBR) program had come to light in the months since taking office.

The former government first revealed the overhaul in August 2017 after ditching controversial plans to sell-off the Australia Securities and Investments Commission’s registry business in 2016.

But Jones on Tuesday said a recent assessment of the project now put the cost of the project at more like $1.5 billion – approximately $1 billion more than has currently been set aside.

The figure is also approximately 15 times more than what was flagged in 2016, when then finance minister Mathias Cormann said the project was expected to cost “somewhat more” than $100 million.

Jones accused the former government of hiding the true cost of the project, which still has two years to run, ahead of the election earlier this year.

“It was well known the MBR technology upgrade was in trouble, but the former government never revealed how much,” Jones said.

“Now Treasury briefings are revealing to the Albanese Government it could cost $1.5bn, more than a billion dollars over what the Coalition said it would cost.”

Jones is reportedly now seeking advice on how to manage the project’s costs following the assessment, noting that it remains “an important project”

“It will amalgamate 30 business registries, update the technology platform and deliver a more integrated experience for Australia’s hard working business owners,” he said.

“It will also harden cyber security for our business community.”

The project is already on the radar of the Australian National Audit Office, which earlier this month flagged it as one of 85 potential audits that could take place over the coming 12 months.

Any audit would look at the effectiveness of the ATO’s design, planning and early implementation of the program, including the introduction of the director ID.

Of the $500 million already committed to the project, Accenture – which has been working with the Australian Taxation Office on MBR since 2019 – will have picked up at least $202 million by Novemeber 2023.

The firm was initially brought in to perform high-level design work in the project’s early phase at a cost of $3 million – a contract that ultimate grew to $109.7 million.

Since then, Accenture has picked up contracts for “pipeline and deliveryC and, most recently, “business design and delivery contract”, which will see it provide integration and UX/UI design.

It also scored a $6.5 million deal for the “provision of security services to support the MBR program” last week.

New Zealand-based registry software specialist Foster Moore, meanwhile, is providing the registry solution that will serve as the main ABRS registry platform under a $40 million contract.

In recent weeks, the ATO has started conducting usability testing of key registry services with a small group of agents using a “clickable prototype”.

According to minutes of the MBR business advisory group from June, “prototypes of the system will show users how the system will look and behave, using mock information, not the actual system”.

A further three rounds of testing focused on other components are expected to be completed before the end of August.