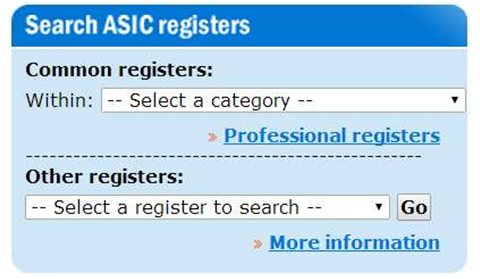 Privatisation reprieve turns into IT headache for corporate watchdog.

The Australian Securities and Investments Commission (ASIC) is staring down the barrel of a major IT operation expected to cost more than $100 million, since the government scrapped a proposal to sell-off its registry business late last year.

The Department of Finance spent 18 months testing the market to see whether privatising the operation of ASIC’s registry business might deliver a net dividend to government coffers, and at the same time allow it to bypass an expensive upgrade of the 25-year-old IT that underpins the the commission’s corporate database.

But after receiving best and final offers for the business, Finance Minister Mathias Cormann announced in December that none of the offers were compelling enough and the government would not proceed with the sale.

He said none of the final bids would “deliver a net financial benefit for the Commonwealth”.

The privatisation halt delivered pre-Christmas relief to ASIC registry workers and open government advocates who feared the sale would increase the cost of accessing the publicly searchable database of Australia’s corporate entities.

But it also means ASIC will now have to manage the considerable task of dismantling and replacing the web of legacy systems currently running the expansive registry.

Back in October, Cormann told Senate estimates the task was anticipated to cost the government “somewhat more” than $100 million, but it couldn’t be sure of figures until ASIC had tested the market for indicative bids.

More recently, the commission has confirmed that “costs in the order of $100 million or more are within the range of estimates for an IT upgrade of the registry” depending on variables like the technology eventually acquired and whether or not the system is run by ASIC or on its behalf by another government agency.

The agency has been asking the government for the funds to upgrade the IT for years, to no avail.

Finance deputy secretary John Edge conceded to senators in October that “the existing IT system is very dated and has got limited functionality”.

“There are a number of elements of it that do not talk to each other”.

The database returns hundreds of millions of dollars in revenue back to the government every year through the fees paid to access financial records, but also costs ASIC a substantial amount to keep it ticking over.

The commission will now need to put together a business case to get past Finance's two-pass investment approval process for IT projects and secure cabinet approval for funding, all before it can start a procurement process.

The government has had poor luck bypassing expensive IT projects with privatisation schemes, having been forced to backtrack on the proposed hand-off of Medicare rebate processing after a public backlash in July.