Accenture picks up another $21.6m for Australia's business register overhaul 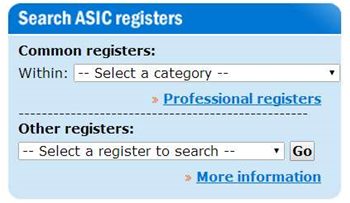 Accenture has been handed a further $21.6 million for its work on Australia’s single business register, pushing the cost of the modernising business registers (MBR) program above $230 million.

Under the program, the national revenue office is consolidating 32 business registers – some of which date back to the 1990s – into a new one-stop shop service called Australian Business Registry Services (ABRS).

One of the first elements to reach the public beta stage is a 15-digit identifier service that company directors will have for life. More than 500,000 directors had been issued an identifier, as at May 2022.

A single digital mailbox for registered companies to receive all government correspondence is also planned as part of the overhaul, with co-design on the functionality taking place last month.

The government first revealed plans for the overhaul in August 2017 after ditching its controversial sell-off of the Australian Securities and Investments Commission’s registry business a year earlier.

Accenture has been working with the ATO on the program since January 2019, having initially come onboard early on as part of a $3 million contract for the high-level design phase.

But the work ultimately morphed into a $109.7 million contract, which is now slated to expire at the end of this month.

The latest “business design and delivery” contract will see the IT consultancy provide “program integration” and “end-to-end business design, including UX and UI design” over 18 months, according to an ATO spokesperson.

Accenture is also providing “business analysis and business process articulation and improvement” as part of the contract.

The contract comes as another Accenture “pipeline and delivery” contract that sees it deliver IT services for the program continues.

The spokesperson said the contract extension is for “continued service in infrastructure design, build, deployment and environment”, despite the term of the contract remaining unchanged.

Taking all contracts together, Accenture will have been paid more than $190 million by November 2023 – almost double the 2016 estimates for the upgrade of the Australia business register.

The ATO has also entered into four IT services and “IT vendor arrangement (contractor)” contracts with Accenture that are related to the program over the last 12 months, worth $62.2 million.

“Accenture is providing a range of services to the ATO for the MBR program of work,” the spokesperson added.

Foster Moore, a New Zealand-based registry software specialist, is providing the commercial-off-the-shelf registry solution that will serve as the main ABRS registry platform under a $40m contract.

Earlier this week, the Australian National Audit Office named the MBR program as one of 85 potential audits that could take place over the coming 12 months.

Any audit would look at the effectiveness of the ATO’s design, planning and early implementation of the program, including the introduction of the director ID.

Accenture has notched up a strong run of wins across the federal and state governments in the last 12 months, including $60 million for the Digital Passenger Declaration (DPD).

The DPD was abandoned this week, partially in response to “feedback” from international travellers, who have described the app as difficult to use and buggy.

Other contract wins for Accenture in the past 12 months include the NSW government’s single ERP system and the Australian Electoral Commission’s once-in-a-generation core systems overhaul.