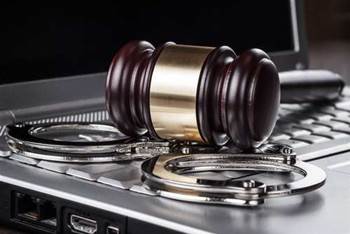 Australian police have helped European law enforcement get their hands on alleged members of the Distributed Denial of Service for Bitcoin (DD4BC) gang in Bosnia and Herzegovina.

Police did not name the person arrested, or another suspect who was also detained. Several property searches were carried out with extensive amounts of evidence seized, police said.

Members of the DD4BC gang were identified in Bosnia and Herzegovina by Britain's Metropolitan Police Cyber Crime Unit, with support from Australian, French, Romanian and Swiss forces, as well as the United States Federal Bureau of Investigation, and INTERPOL.

Police said DD4BC had been using "pseudonymous" methods to receive their ransoms, and had embarked on several pay-or-be-DoSed campaigns since the middle of 2014.

Initially, DD4BC targeted online gaming sites, but police said the gang had recently started attacking financial institutions and members of the entertainment industry as well. Organisations hit by DD4BC were marked as vulnerable, and shook down for more money after the initial blackmail attempts.

Thousands of businesses and organisations in Europe and around the world have reported becoming the victims of denial of service extortion.

DD4BC would typically launch smaller attacks on their targets in the 10Gbps to 15Gbps per second range as a warning, Arbor Networks said. If the victim refused to pay the 100 Bitcoin (approximately A$64,000 as of writing) ransom demanded, DD4BC would then hit networks with denial of service attacks in the 40 to 60Gbps range.

Most of the attacks DD4BC used were based on reflection techniques, in which vulnerable internet hosts were tricked into sending multiple, large responses to small queries from faked addresses towards victim networks, starving them of resources as they struggle to process a massive flood of traffic.