CommBank wants 'troublemakers' in one in ten jobs 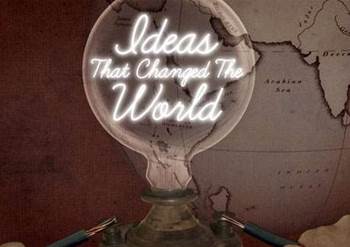 The Commonwealth Bank will look to recruit “troublemakers” to one in ten of its positions after having spent the past seven years developing an innovation-friendly culture.

“There are all these rules we put in place and it makes people very unproductive and crushes their creativity,” he said, highlighting chargeback processes as an example.

“[Staff] need corporations to get rid of the bureaucracy, rules and crazy things that we’ve put in place. You’ve got to take away the timesheet.”

CommBank has been lauded as a banking IT leader after having undergone a $1 billion core systems overhaul and slashing its IT infrastructure costs by adopting a cloud computing model.

Investment bank CIMB reported in January that core banking modernisation would likely give CommBank a two-year advantage over its peers.

But Harte said today the bank was still slow to adopt technology.

“We talked about [Amazon’s cloud service] in the mid 2000s. We moved our website to it last year,” he said. “And we’re the leaders?”

Harte urged organisations to stop relying on Silicon Valley case studies for innovative ideas and foster experimentation and creativity among staff instead.

Harte said it took seven years to develop successful “huddles” for collaborating within CommBank’s sales and service teams, which now functioned on “no partitions, no hierarchy” and frequent interaction.

Looking forward, Harte hoped to attract a greater number of risk-takers to CommBank’s ranks, although he acknowledged that banking IT traditionally appealed to low-risk individuals.

“It’s a risk-constrained environment,” he said. “We attract people who want a safe, long career. We don’t look for risk-takers; we don’t look for mavericks or trouble-makers.

“We’ve got to create sufficient space for a sufficient number of people to feel that they can come and have a wonderful career taking risks, pushing the envelope and feel that they have a safe environment in which to do that.

“We’d start with five percent of our workforce and we’d hopefully bring it to 10 percent. We love portfolio theory – that would be an acceptable number of people to take an acceptable amount of maverick risk.”

While CommBank's competitors have focused their IT efforts on customer-facing channels, Harte denied that online and mobile banking improvements could be considered innovation.

“Most industries fast follow and unless they’re under some sort of necessity or luxury. They don’t create anything that you would consider truly innovative.

“[Innovation is] the creation of anything that makes the instant better. It has to come from a need – the need can be simple or profound, therefore the discovery can be extraordinary.

“Tim Berners-Lee had no idea what he’d unleashed [when developing the World Wide Web]. Larry [Page], Bill Gates, Steve Jobs … they just had some really good problems that they were thinking about and created a new way of looking at it.”

From a national standpoint, Harte noted that Australia tended to use technology to prop up “diminishing returns industries” such as manufacturing, mining and agriculture.

He called for government support for more blue sky science to drive inventions like the CSIRO’s wireless networking patent, which came from radioastronomy research.

“[But] then you get into the politics of it: how do you give grants? How do you create mature, deep, patient capital markets? How do you tax those that are involved in the creation of new things?

“If Australia has a weak and short view on capital maturity for the investment into increasing returns mathematics, the good ideas go to San Francisco and the old ideas that have been repackaged as new ideas go to Wall Street.”