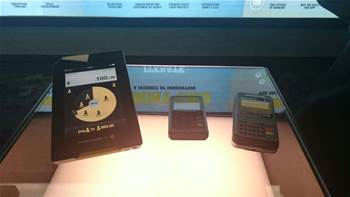 The Commonwealth Bank today announced the general availability of its merchant tablet solution Albert, which after three years of issues has finally landed in the hands of retailers.

The platform was accompanied by the iPhone-based merchant terminal Leo and the Albert Android tablet solution.

Pi and Leo launched following the announcement in 2012, but CBA has consistently declined to offer a launch date for the tablet, which due to unexpected complexity with the build process, remained in testing since the initial announcement.

"When you're dealing with a leading-edge piece of hardware you cannot compromise security, it's absolutely paramount," he said in October.

"Getting the security levels of the glass, for example, took longer than expected - and yet interestingly no-one has beaten us to the market. And when [Albert] is rolled out, it is still going to be market leading."

CommBank CIO David Whiteing similarly at the time said the public was watching the bank learning as it went along.

The bank's head of payments, Gary Roach, today said quality had been prioritised over speed to market.

"It is fair to say the terminal has taken longer to develop than we would have liked, but we have consistently held the position that we are developing for quality, and now we are ready," Roach said.

"It's a very complex challenge to build a very secure piece of hardware, a secure operating system to sit on that, and a payments application to sit on top of that.

"You need to solve all three concurrently, which is complex, then you need to get all of that through quite challenging industry certifications that are required."

The touchscreen tablet has been on sale for the past two weeks. CommBank has signed up a number of customers including retailer Foot Locker, Event Cinemas, David Jones, hotel chain Rydges and the parent of petrol distributors Mogas and EasyFuel.

Roach said the bank expected to ship tens of thousands of the devices, but would not be drawn on current sale numbers.

The 7in Android tablet will come equipped with eight free CommBank apps, with merchants able to submit third-party applications of their own to the CommBank application store for use on their device.

The bank will include a split bill app, in which retailers can allow their customers to split their bills in chosen amounts; a cash count app for merchants to tally up their daily earnings; and an open tab app to keep track of customers wanting to add a transaction to their tab, among others.

Social media analytics firm Local Measure and cloud-based point-of-sale vendor Kounta have also partnered with the bank to bring their products to Albert.

The tablet starts off at $37.50 per month for merchants.