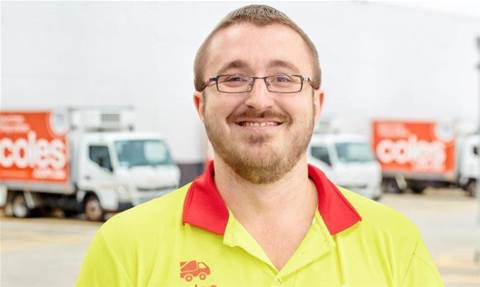 Down down, margins are down.

Freshly liberated supermarket and grocery retailer Coles Group is softening the ground for a new root-and-branch refresh of its operations with tech-generated savings foreshadowed across staff rostering, ordering, supply chain and energy.

Coles CEO Steven Cain on Tuesday put meat on the bone of the big-ticket initiative, slated to be revealed at a strategy day around June aimed at arresting rising costs of doing business stemming from external factors coupled with substantially more automated and efficient operations.

The big push comes as Coles continues to struggle to make its online grocery ordering and delivery business accretive in terms of profitability, with the fast-growing segment confirmed to still be watering down profitability.

There’s good reason to fret too. Coles’ online business delivered a growth figure of 30 percent for the now separately listed group following its spin out by parent Wesfarmers, coming in at circa $1 billion “on a rolling 12 month basis.”

That contrasts to the half-year gross sales figure of $20.9 billion for the half.

Put simply, as Coles’ online business grows (and it's growing fast), it leaches profitability from its regular supermarkets that are facing strong headwinds.

“The online business obviously increases our cost base,” Cain told investors, adding that the line was “profit dilutive.”

And that’s despite Coles actively “managing growth” in the segment (read restricting orders) because of capacity limits.

The solution, as flagged by Cain and his CFO Leah Weckert is to double down on tech-led cost efficiencies, which Weckert indicated would attract an increase in capital investment over coming months and years.

The 800 pound gorilla of that investment cycle is the giant $950 million new heavily digitized and automated distribution centre in a deal with Witron.

The recent announcement of an expansion of SAP’s software got some colour, though no specific costs, though Weckert and Cain made it clear the deal was aimed at extracting efficiencies from workforce management and procurement.

There was also more to be squeezed from the One Team rostering system and the rollout of Coles new automated instore ordering (Easy Ordering) for fresh food. Weckert said the system was now rolled out in the meat section (highest stock cost) with the deli section next and then the bakery section.

Weckert said she also expected to see new capital investment in IT infrastructure as savings and efficiencies were pursued.

One area of substantial potential is integrating technologies like IoT with energy management that is becoming a bigger cost burden for Coles. Some of the savings being pursued included the rollout of LED lighting as well as targeting refrigeration.

The trend was both an opportunity and a threat to the business, Cain said.

Unions are certain to make it a threat if it rolls down the gig economy path. With Coles’ latest EBA just locked away, tolerance for industrial wage dilution will be at an all time low.