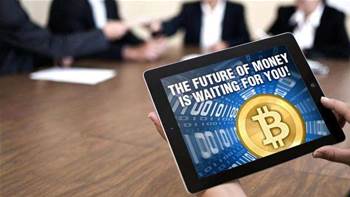 US cryptocurrency exchange Coinbase has blamed credit card networks for an error that drained the bank accounts of a number of its users.

Since early February, users have reported being hit with enormous transaction fees, some multiple times and at levels high enough to consume all available funds.

Today, the exchange admitted it had found a problem, but blamed credit card networks and issuers as the root cause.

“We're investigating an issue where some customers recently were charged incorrectly for purchases of digital currency with credit and debit cards,” it said in a Twitter statement.

“This is related to the recent MCC code change by the card networks and card issuers charging additional fees.

“We have identified a solution and any future purchases will not be affected by this issue.

“We will ensure any customer affected by this issue is fully refunded for any incorrect charge. We expect this to happen for customers automatically through their bank.”

MCC stands for merchant category classification and refers to four-digit codes applied to financial services to differentiate between them.

Early in February, both Visa and Mastercard made changes to the MCC code assigned to cryptocurrency transactions, which reclassified them as a “cash advance” rather than a “purchase”.

The net effect of this was an additional five percent fee on top of existing card transaction fees charged by Coinbase, according to TechCrunch.

Coinbase didn’t explain why the MCC change had caused customers to see multiple charges show up on their accounts.

Using a credit card to make crypto purchases has become much harder in recent weeks, as many banks - including CBA in Australia - have banned such usage over risk concerns.

However, debit cards can still be used, as well as other, slower, payment methods such as BPAY in Australia.