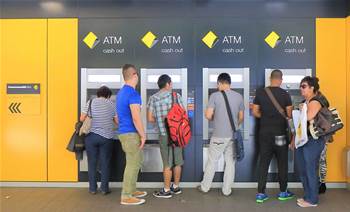 Can still use other payment types.

The Commonwealth Bank has announced an immediate ban on the use of CBA and Bankwest credit cards to buy cryptocurrency, though it will not ban other methods of fiat payment.

The bank said in a statement that cyrptocurrencies did not meet minimum standards “of regulation, reliability, and reputation”, but provided no further details.

However, it will not ban customers from using debit cards or other types of accounts to either buy crypto coins or receive credits from exchanges.

“You can still buy and sell virtual currencies using other CommBank transaction accounts, and debit cards, as long as you comply with our terms and conditions and all relevant legal obligations,” CBA said.

The bank said that while customers could still use debit cards to make crypto purchases, they might experienced some issues in trying to do so.

Some virtual exchanges have been blocked by the bank’s security systems over fraud risks, or for chopping and changing accepted payment methods, according to CBA.

The credit card usage ban follows a cooling off of the cryptocurrency market since its December 2017 highs.

Bitcoin is currently trading at US$8843.18, according to Coinmarketcap. The price is now largely consistent with prices late last year, before the huge public interest in virtual coins.

Most US banks have also instituted bans because they don't want the credit risk associated with crypto transactions.