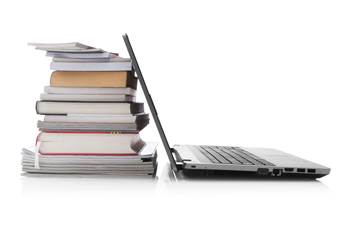 The university retailer formerly known as the Co-Op Bookshop is looking to provide banking, insurance and telecommunications to members after implementing a new customer relationship management system this year.

The not-for-profit organisation rebranded as 'the Co-op' in January to reflect what it described as a major strategic transformation, amid an industry-wide decline in book sales.

Chief marketing officer Greg Smith described its new Digital Alchemy CRM as a first for the Co-op. Despite having 1.72 million members, the organisation did not do much marketing previously.

"[The Co-Op Bookshop] was a logistics operation that centred on two key points in the year,” Smith said. “Now there’s a much greater focus on creating a relationship with our members.”

The Co-op now relies on about 12 Digital Alchemy staff to generate and analyse a single view of customers based on data from its hosted Pronto enterprise resource planning system.

Smith described Digital Alchemy as a “partner, not a supplier”, noting that the organisations had struck a revenue-sharing agreement.

With Digital Alchemy, the Co-op hopes to create predictive models to allow it to market to its members more effectively.

As part of its new strategy, formulated over the past 10 months, the Co-op will look to resell white-label banking, insurance and telecommunications products and identify cross-selling opportunities with its CRM.

Late last month, it kicked off a 12-month trial with ME Bank that put an ME Bank staff member, video phone and ATM in two Co-op stores and a smaller ‘pop-up bank’ service in two other Co-op locations.

Smith noted that the Co-op was a reseller, not an authorised deposit-taking institution. All transactional data would remain with ME Bank, and would not be included in the Co-op’s Digital Alchemy CRM, he said.

Similarly, the Co-op is evaluating potential telco partners with “MVNO-in-a-box” [mobile virtual network operator] solutions that will allow it to easily market and resell products without running any new systems.

Within days, the organisation also will launch a customised version of Copia’s white-label e-bookstore, with some 400,000 titles available for purchase.

The Co-op has about seven IT staff of a total of 250, although its headcount balloons to more than 450 during peak periods.

Smith said the organisation would continue to move its technology to outsourcers, with its in-house email system due to move to a cloud provider shortly.

Book sales currently account for 70 percent of the Co-op's total revenues; the retailer also sells clothing, computers, tablets and games in some 51 physical stores across the nation.

Smith said the organisation would continue to open new stores that could potentially feature "kinesthetic, augmented reality" technology to entertain customers and help them decide on purchases.

"The whole book trade has suffered and has been shrinking the the past couple of years," he said, highlighting the recent closure of Angus & Robertson and Borders bookstores across Australia.

"We have to recognise the need to diversify ... we have very good positioning on campus."