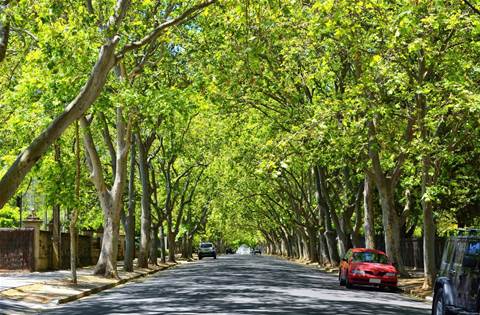 Through data analytics and the use of a digital twin.

A complete redesign of the City of Unley’s IT infrastructure has helped the Adelaide council deliver more digital services with fewer overheads, and laid the foundations for a dynamic digital twin.

“We had about 12 racks of standard computing technology and infrastructure that was fairly out of date and needed some TLC, and we were given a remit to transform the technology for the organisation,” Roberts told iTnews.

“We had a council and an executive team that were really keen to move Unley into the future in terms of digital and smart cities, but they needed a technology foundation to build off.”

In the space of 12 months, Unley sought to update or replace all of its existing IT estate, and after approaching the market partnered with Nutanix to move from a traditional three-tiered architecture to hyperconverged infrastructure.

Roberts said the city was a "VMware shop" and this could continue to run on Nutanix.

Unley’s technical services coordinator, Simon Sowerby, added that the vendor was also chosen because of the speed with which they could start working in the new environment.

“We stood up Nutanix and in about a week the environment was ready to go, so it was really quick and easy to deploy," Sowerby said.

The city’s main server room is now down to half a rack of equipment compared to 12 when the project started, reducing the department’s energy use by 70 percent.

Roberts said the changes in hardware were complemented by a rebuilt IT team, creating a department that was fit for purpose while investing in the existing talent.

“There are some members of the team that have gone through role changes - I think in many ways it's actually been quite rewarding for them because it's given them a new perspective on their jobs," Roberts said.

“It's lifted their profile from being 'the tech guy that spends his time down in the server room' to being someone who's actually out and about, meeting with people and engaging more and offering help.”

Council is now more proactive in its use of technology and digital services now that the infrastructure is in place to support new workflows and processes.

“With our existing infrastructure, if we wanted to deploy a new service we had a capacity bottleneck so it was impossible or it would take a really long time to stand something up,” Roberts said.

“But now we can very rapidly deploy new services and new solutions in hours.”

The council is also able to store large volumes of data, leading it to become “very data-hungry” as it tries to understand residents’ needs and improve on service delivery.

“Something that we've done over the past 12 months is all of our corporate reporting and data analytics has been automated and digitised," Roberts said.

“We're aggregating data from our corporate systems and then consuming that through [Microsoft] Power BI and Power Automate and starting to get some real good insights and value out of that data.

"From that, we're developing some solid, long-term operational plans.”

Unley has also trialled some small-scale ‘smart city’ projects such as smart benches and public wi-fi as part of the ‘Digital Unley’ initiative.

However, these are small in scale compared to the digital twin being built of the suburbs’ tree canopy.

Digital twins are virtual representations of real-world environments and can be used to simulate changes.

For the leafy, inner-city council of Unley, the 'urban forest' represents both and important part of the region’s character as well as a complex and constantly changing asset with tangible economic impacts.

“We've got 26,000 trees in our council area and we're developing a data platform for those trees," Roberts said.

“That allows us to track every tree- every time we plant a new tree, or every time we remove a tree - and also whenever we maintain or inspect our trees.

"We can have a virtual model of our 'urban forest', and that gives us a real-time view of how the 'urban forest' is growing and its overall health.”

Data on tree health and coverage is being merged with the city’s heat mapping data to understand how certain tree species impact the temperature of the city.

LIDAR scans of the trees also produce accurate 3D models that can be combined with other modelling of the urban environment, both as a means of showing the development of an area and understanding how tree shadows impact the region.

“All that data is, as you can imagine, quite complex and working with it requires a lot of computing power and storage," he said.

“We want to start opening up that data and sharing that with the community as well.

"We want to help them develop more of an understanding and appreciation of the benefits of trees in our community and to understand that trees have value. They have a financial and environmental benefit.”